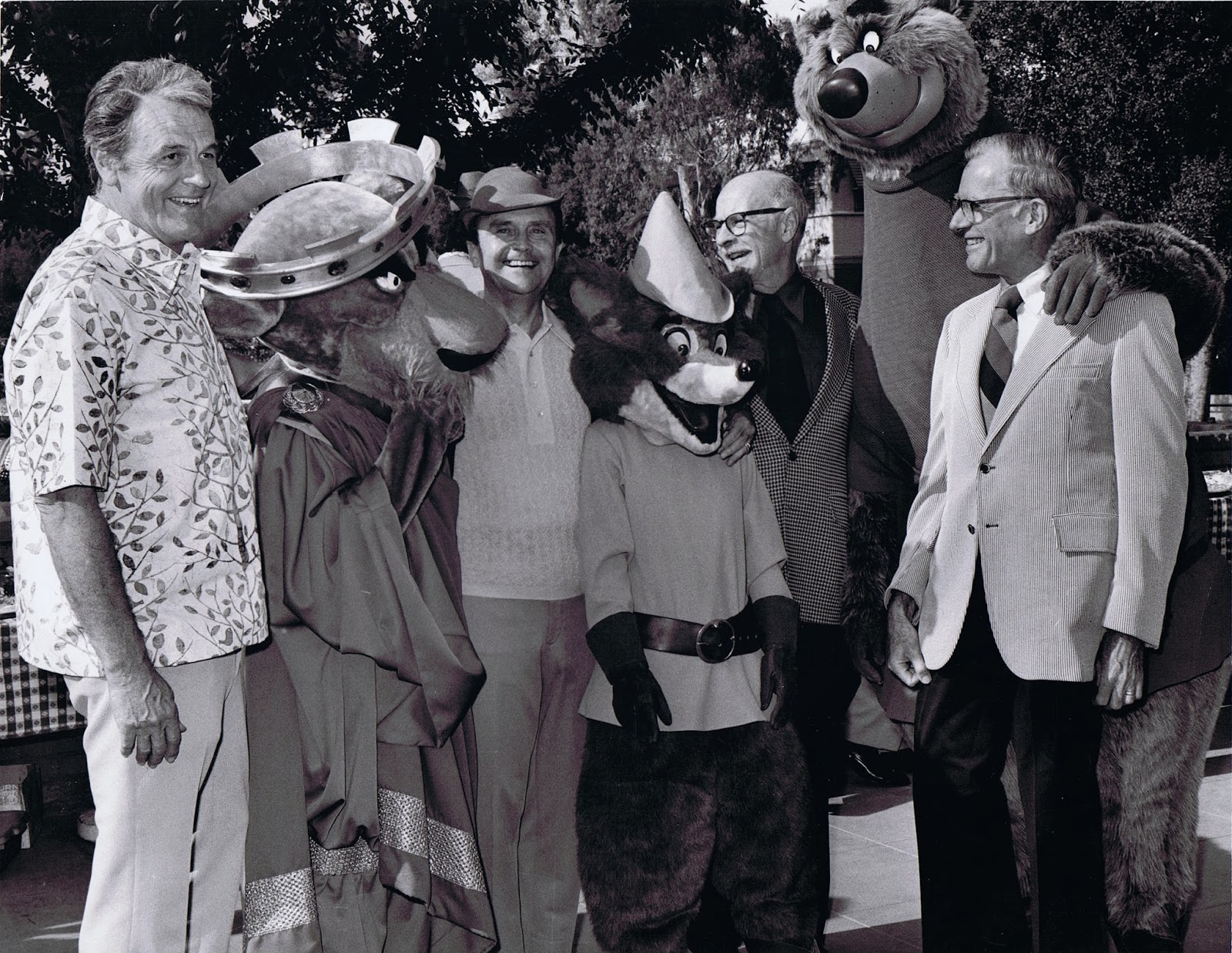 I have had these prints for a while, I hope you enjoy them.
Woolie Reitherman, Ken Anderson, Ollie Johnston and Frank Thomas meet up with some of the Robin Hood Disneyland characters outside of the animation building. I would guess 1973.

Below are a couple of pics taken on April 9, 1978.
The University of Southern California chapter of the Delta Kappa Alpha National Cinema Fraternity recognizes the "Nine Old Men" with the "Pioneer in Film" award.
From left to right:
Les Clark, Eric Larson, Ollie, Ken Anderson, Woolie, Ward Kimball, Frank, Marc Davis and the boss.
(John Lounsbery had passed away in 1976, and Milt Kahl had moved to San Francisco). 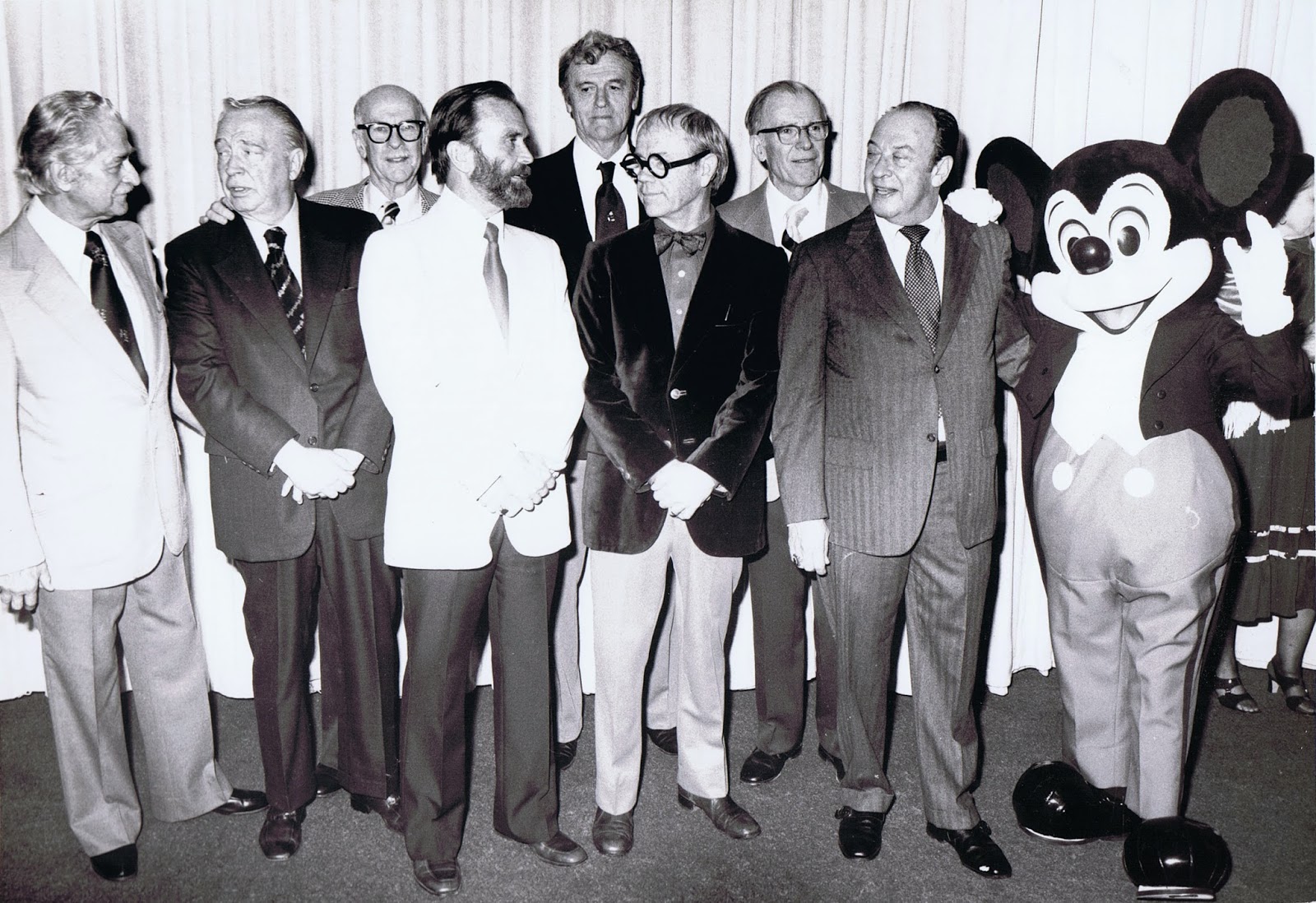 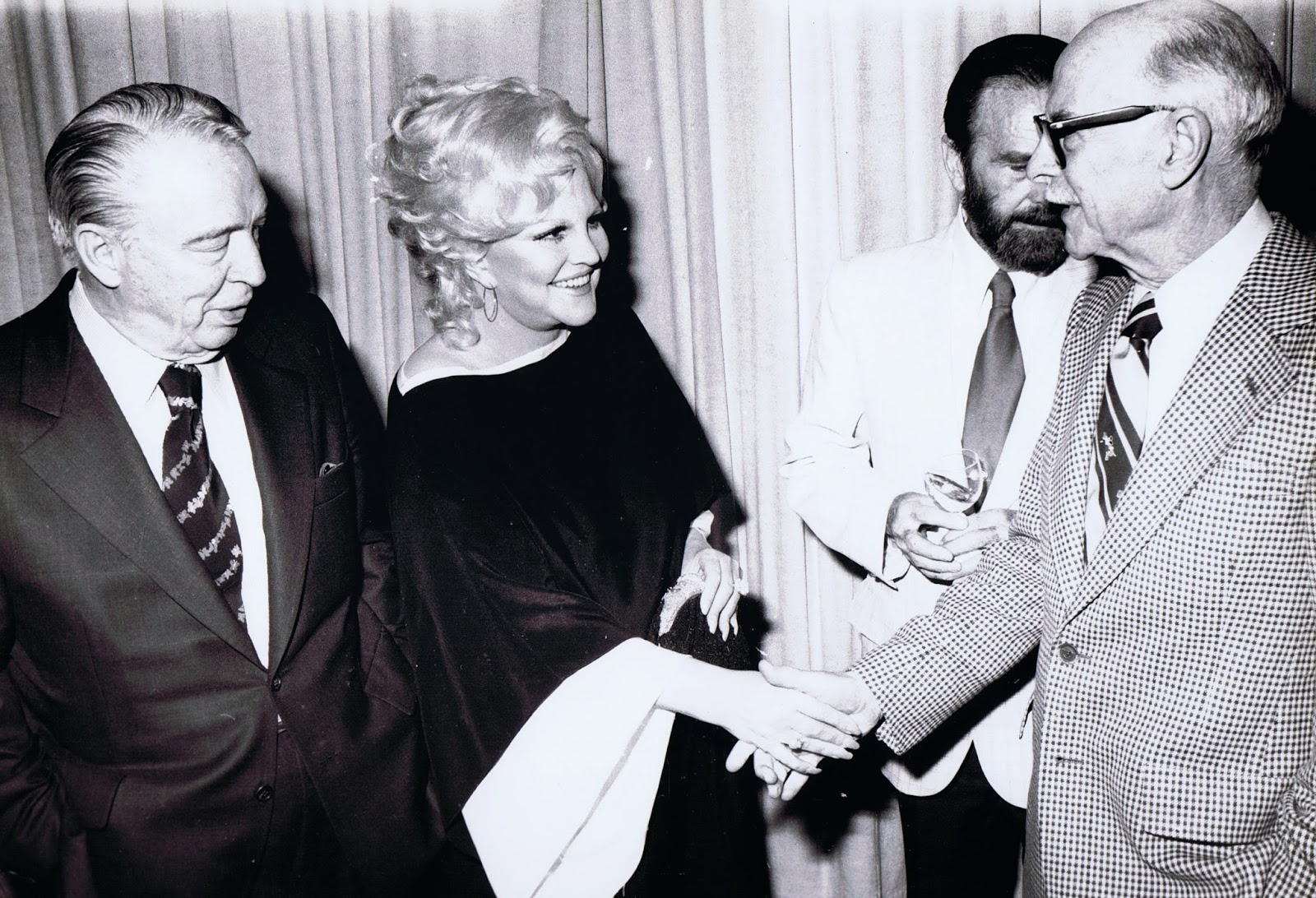 Singer Peggy Lee attended the event, here she is congratulating Ollie.
(Eric Larson animated the character Peg from Lady & the Tramp to Lee's voice more than two decades before)

I believe this photo was taken at the restaurant on the upper floor of the animation building, early 1970s. From left to right:
Ken Anderson, Milt Kahl, Card Walker (Disney top executive) and John Hench (Disney background painter and Imagineer). 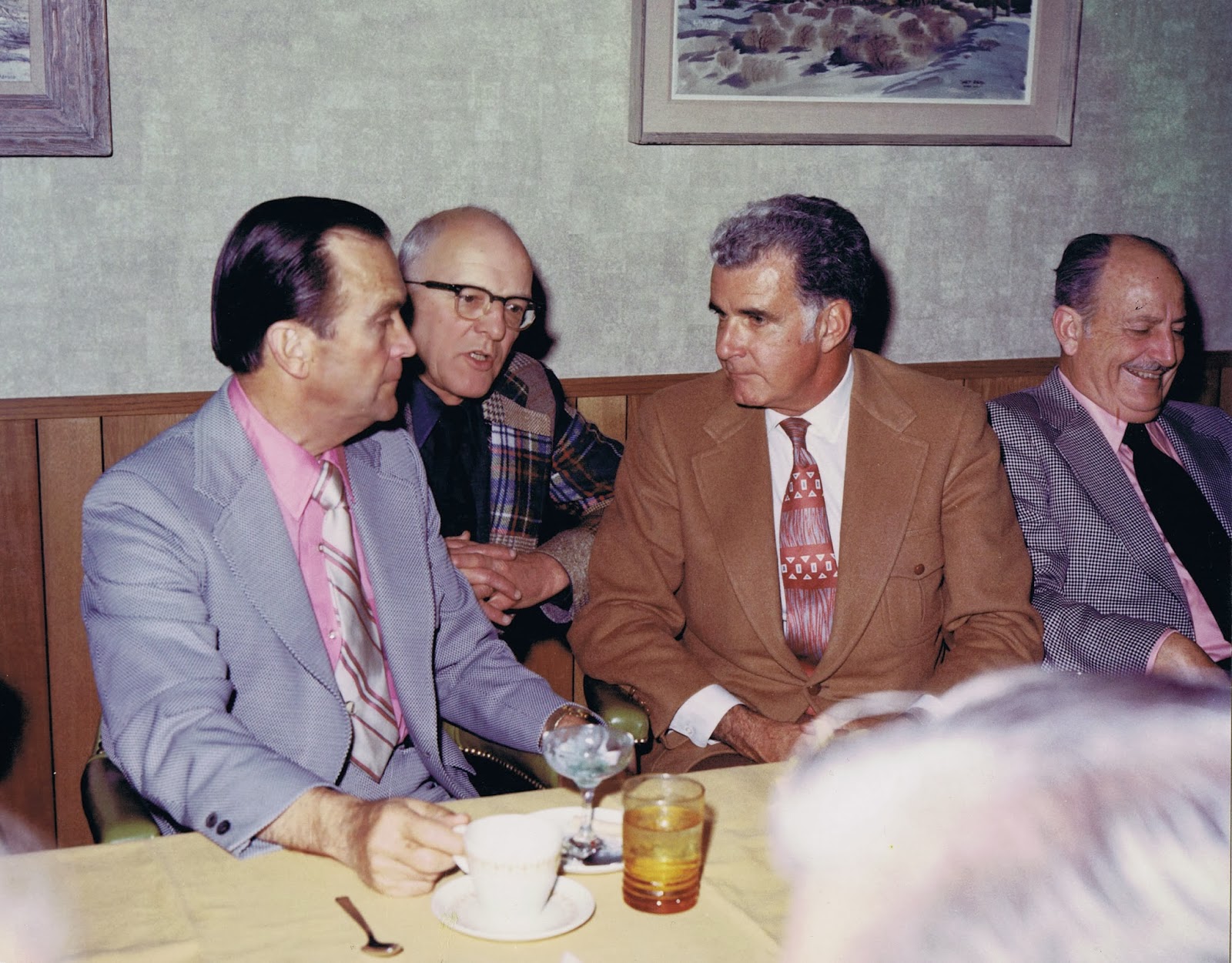