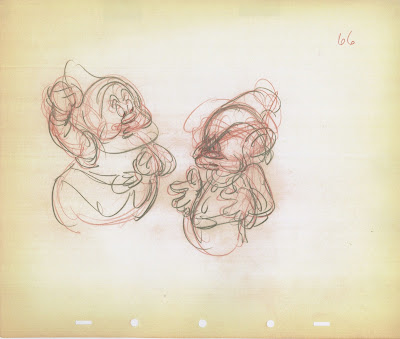 I have had color xeroxes of these beautiful rough animation drawings on 12 field paper for a while. They feature a few of Snow White's dwarfs drawn by three animators at the time of production.
The first batch is unmistakably the work of the ridiculously gifted Fred Moore, who was in his mid 20s when he worked on the movie. I call him a terrific freak of nature. Even before Snow White Fred had helped transform the early rubber hose Disney style into a medium that presented flesh and blood, living, breathing characters.
Ollie Johnston stated that Walt Disney gave Fred tons of notes during sweatbox sessions. Walt knew that this kid was just right to head up the "Dwarfs unit", but he wanted to see acting and entertainment on a superior level. So with Walt's input Fred ended up with animation that was overflowing with personality...and charm. 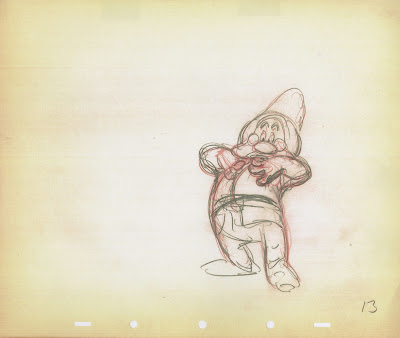 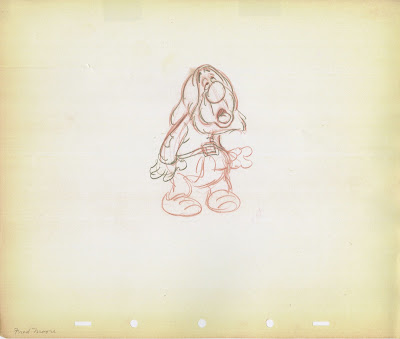 In this pose Dopey is anticipating a kiss from Snow White. Perfect staging! 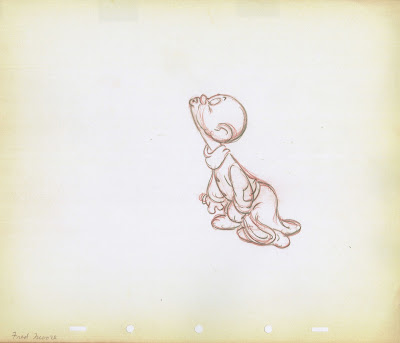 Occasionally Fred worked on a pose intensely to get a result that felt right to him. Sure, most of the time his drawings have a light touch, but when a scene required to dig deeper in order to carve out the right emotion, he was perfectly capable of scribbling intently until the character's personality communicated clearly. 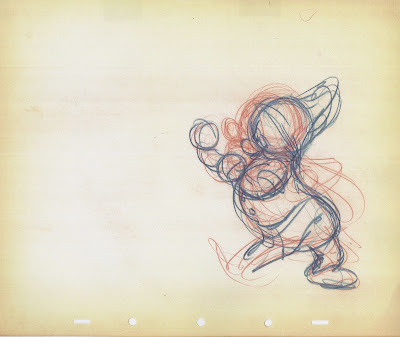 What a master at distortion, when it comes to broad motion. Tytla, too, animated loose, fleshy skin on  Grumpy, and later on Stromboli. 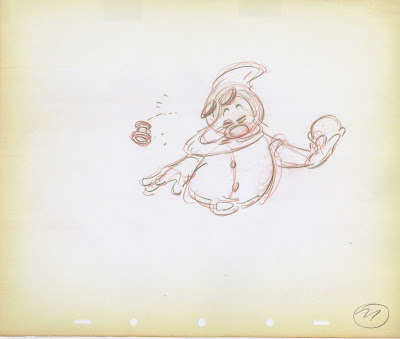 These are among the roughest drawings by Fred Moore I have seen. This is tough brain work, but at the same time there is confidence and fearlessness. 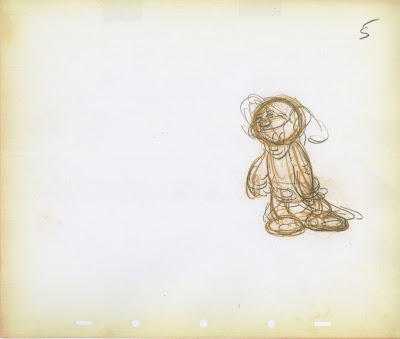 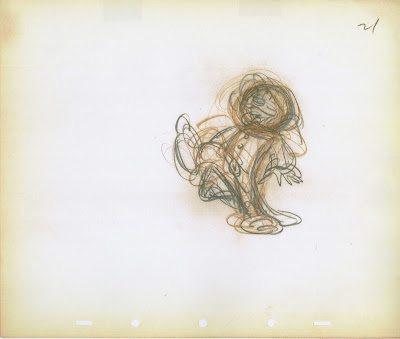 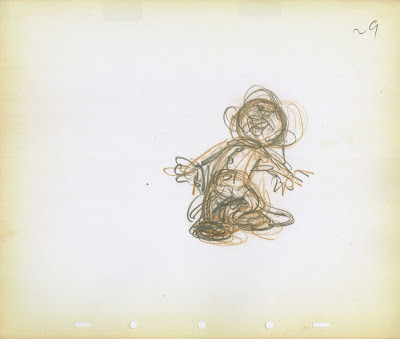 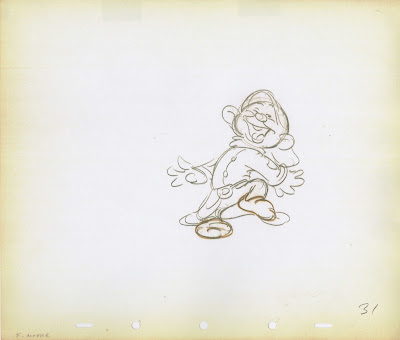 Many of Bill Tytla's drawings, like these two featuring Grumpy, are not as "pretty" as Fred's work. His pencil strokes are short, and the poses seem less solid. But when seen in motion the power of a super animator surfaces. A single drawing meant very little to him, he knew that only a series of sketches will bring something to life. And in his case in the most vigorous way. 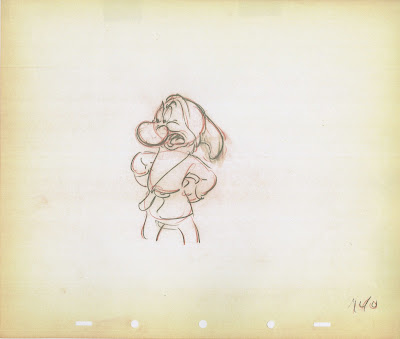 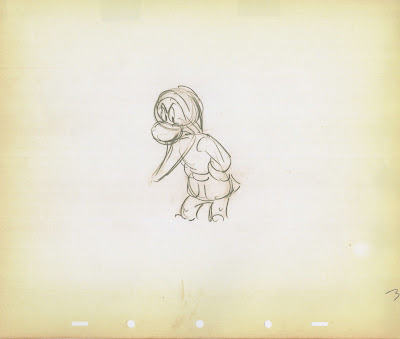 Ward Kimball's soup eating sequence was cut from the final film, but not because of his outstanding character animation. Kimball took Moore's appealing draughtsmanship and applied it to his own way of character acting. He made every dwarf slurp down the soup in a distinctive and inventive manner.
Another child genius. 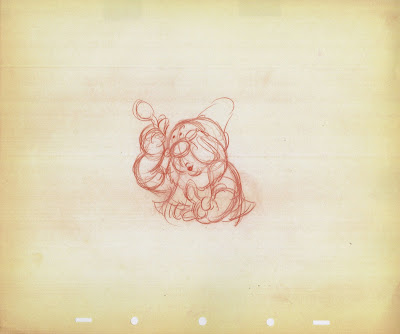 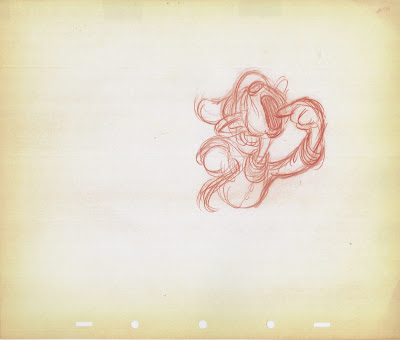