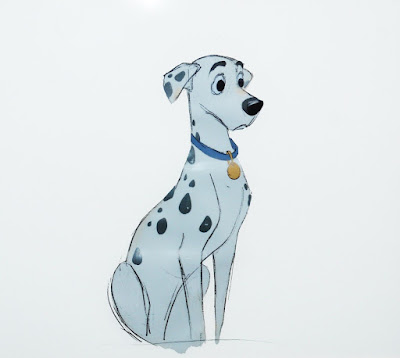 Most of the animated scenes featuring Perdita from 101Dalmatians show her as a caring mother to her pups. Frank Thomas animated this gem early on in the film, when Perdita is still single. It reveals a rich personality moment, absolutely beautifully executed by an animator who knew how to crawl into his character's mind.

Roger Radcliff and Pongo have just passed by before settling down nearby under a tree. Perdita leans slightly forward to get a better look at Pongo, who glances at her at the same time. Feeling embarrassed for being "caught" she struggles to quickly get into a pose that reflects composure and disinterest.
Sometimes I really don't know how Frank does it. He comes up with a series of sketches that have the essence of a particular emotion. Very subtle use of squash and stretch as Perdita's head nervously moves upward into the final pose, which is held for three eye blinks.

My favorite Perdita scene and one of Frank's best. 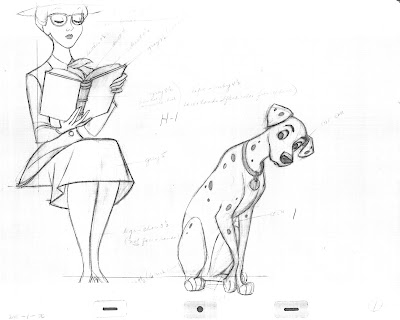 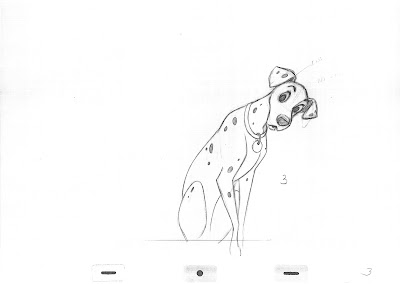 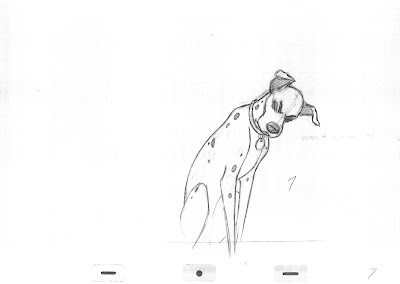 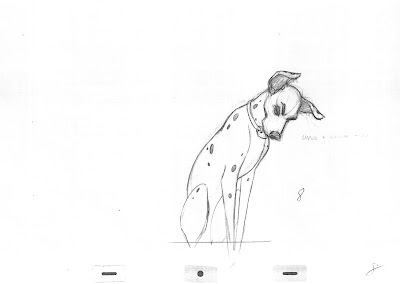 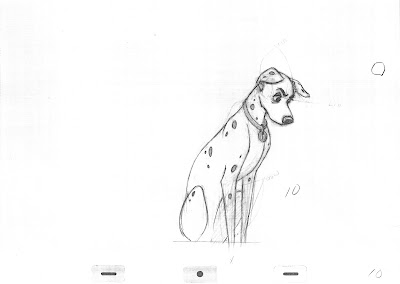 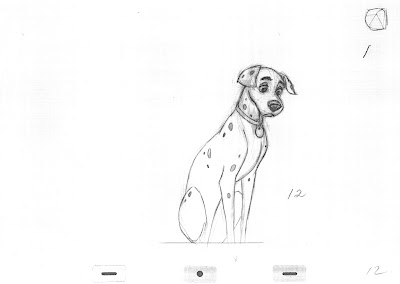 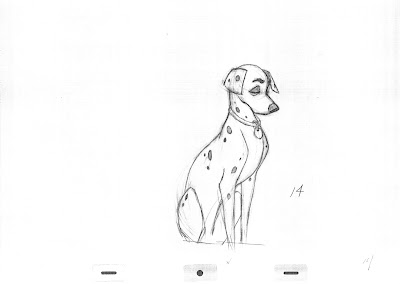 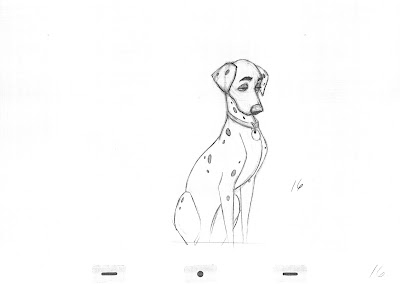 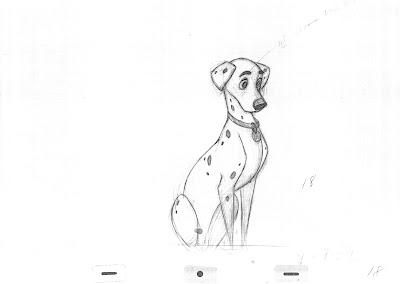 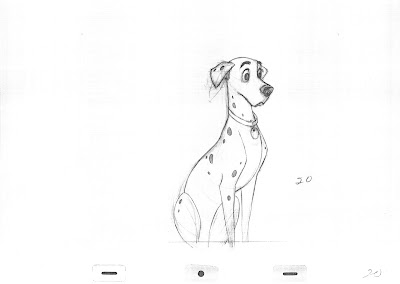 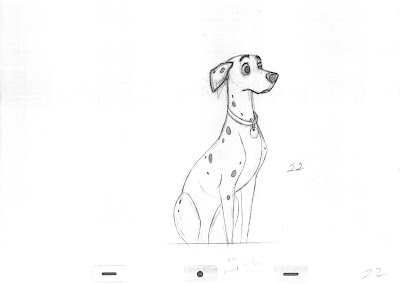 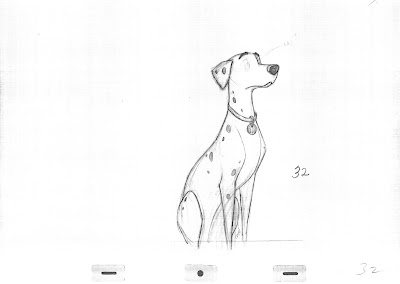 The scene's gif looks a little wild without the connecting scenes, and the eye blinks at the end are missing. But you can see how not only the head, but different parts of her body are involved as well.