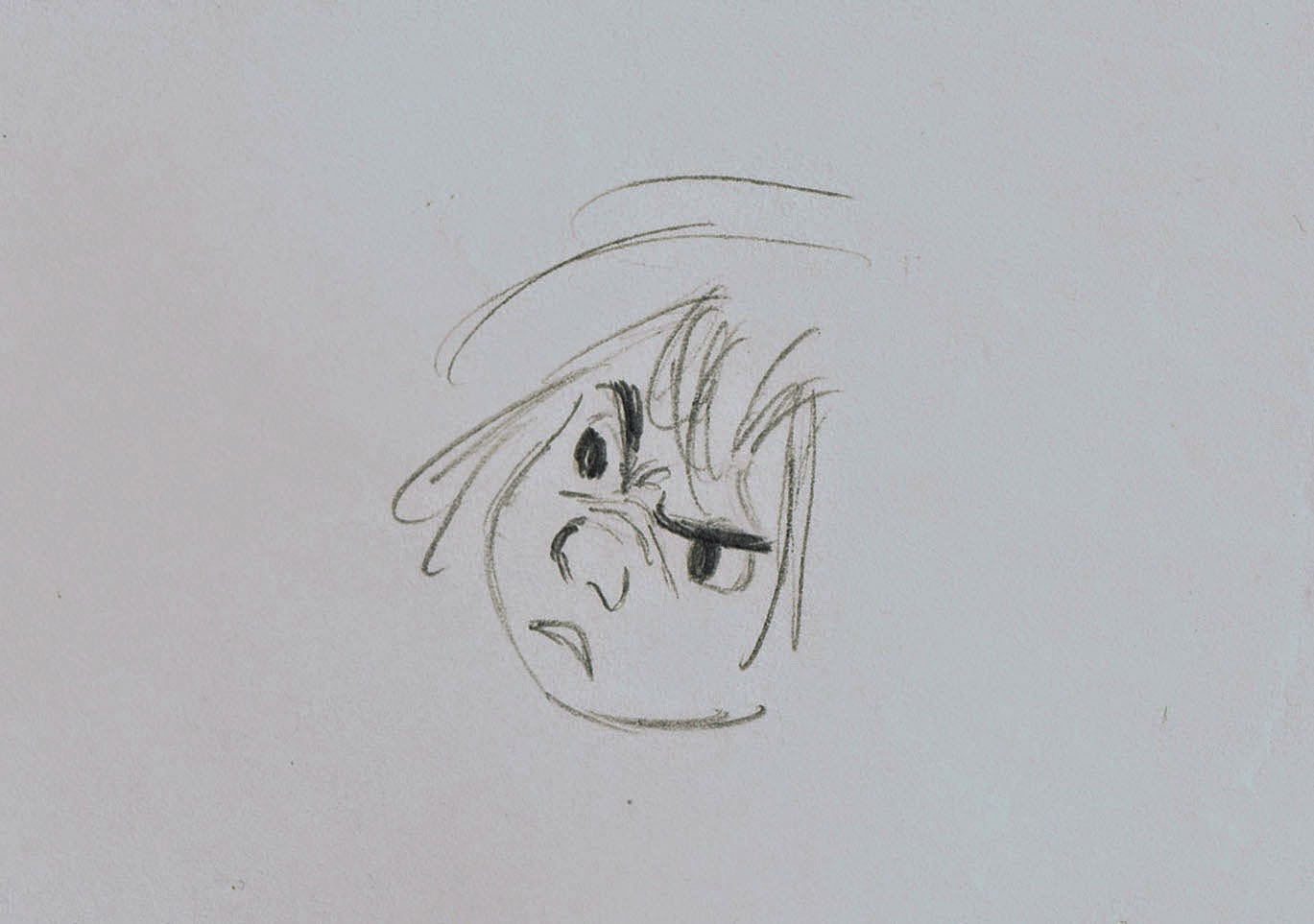 “You eat ants?” Mowgli asks Baloo in disbelief. The scene from the film Jungle Book was animated by Ollie Johnston. Milt Kahl drew this sketch of Mowgli’s face as a suggestion for what the kid’s expression might look like during that line of dialogue.
I think he nails the idea of the thought “How gross!”
There were other times where Ollie got some help from Milt in depicting Mowgli. At the beginning of the film Bagheera and the boy argue wether Shere Khan presents any real danger.
“No one explains ANYTHING to Shere Khan!”
“Well, maybe so…but I’m not afraid.” Mowgli responds, as he slowly catches up with the panther. During the scene he throws a stick and kicks the ground. Some live action reference was filmed to help give the scene subtle realism.
Now, I know that Milt disapproved of the use of live action, but nevertheless he did these beautiful drawings for Ollie that show how Mowgli’s anatomy could be drawn in the most interesting and appealing way. 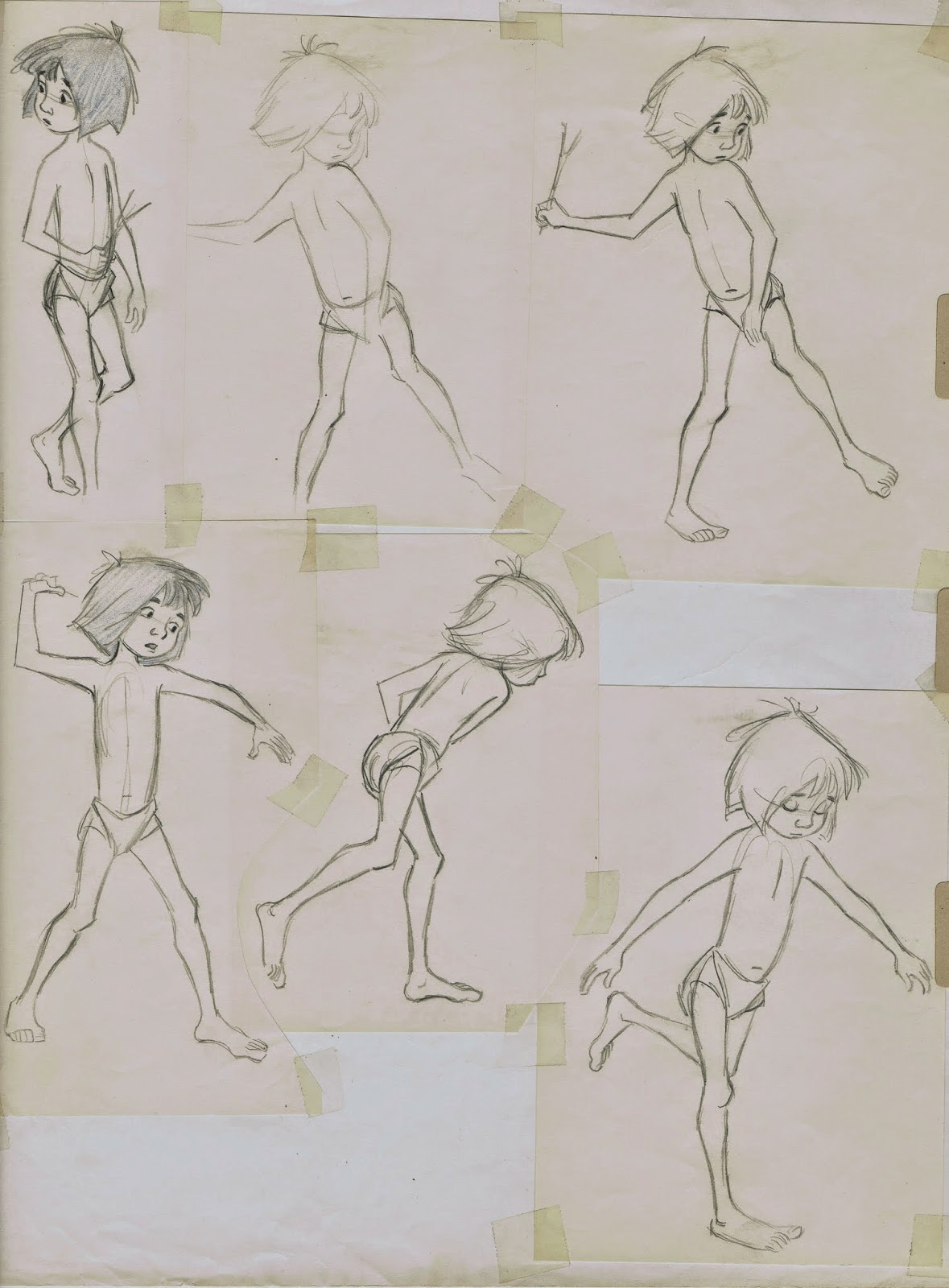 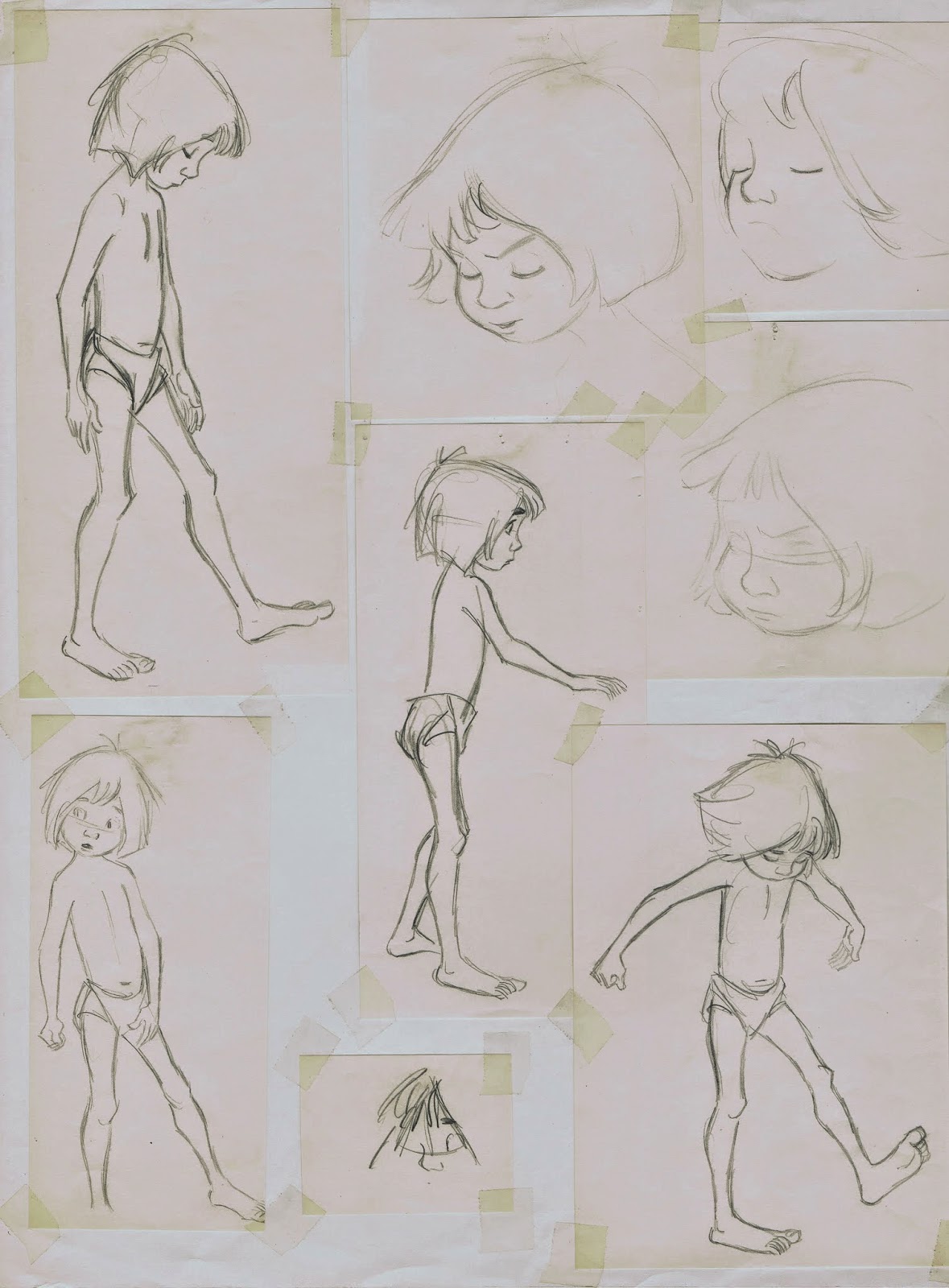 Later on in the movie Mowgli refuses to be taken to the man village and walks away from Bagheera. He feels completely misunderstood by the panther and wanders through the jungle aimlessly.


Ollie again animated this scene -based on life action-, and again Milt helped out with key drawings that maintain graphic sophistication. The one thing I don’t know is whether Milt did these sketches over Ollie’s animation or over live action photostats. In any case, they reveal his sense of perfection when it comes to drawing feet, hands and the human figure in general. 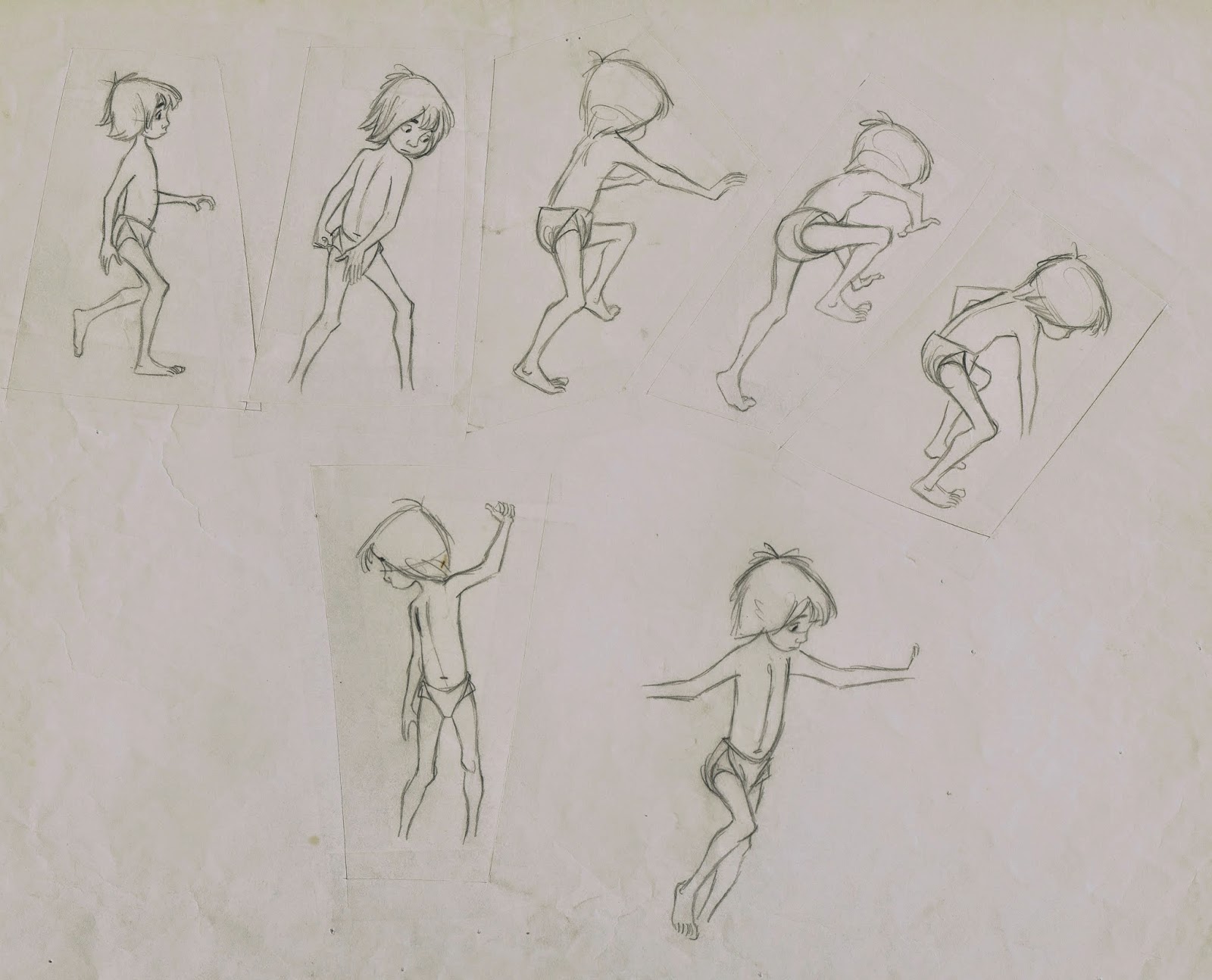 Bruce Reitherman provided most of Mowgli's dialogue as well as some live action reference under the direction of his dad, director Woolie Reitherman. 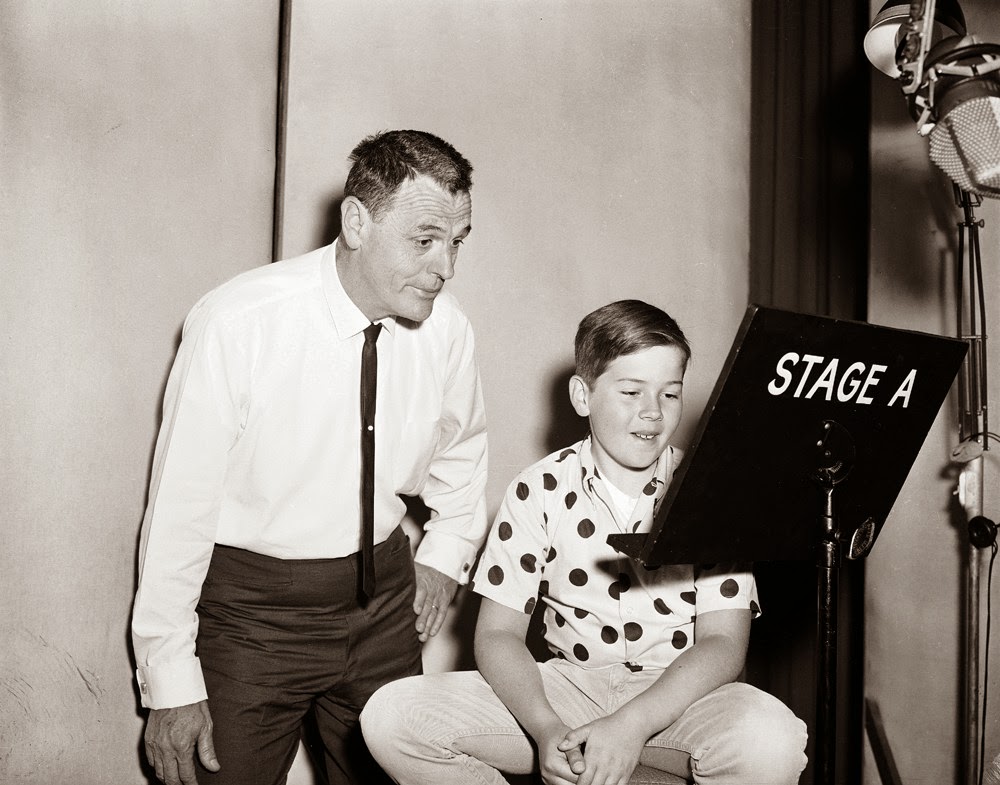 To see how Frank Thomas handled the character of Mowgli, go to this earlier post: