Medusa on the Phone 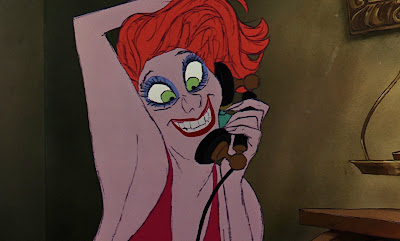 This is one of many great close up scenes of Medusa animated by Milt Kahl.
At the beginning of the scene she has just changed expressions, her mood went from gleeful anticipation to angry disappointment. Not only hasn't Snoops found the diamond yet, but he saw Penny sending a message in a bottle.
Her response is :"You bungler!"
So let's go through some of these keys. On #91 Milt draws her with a wonderful mad asymmetrical expression. 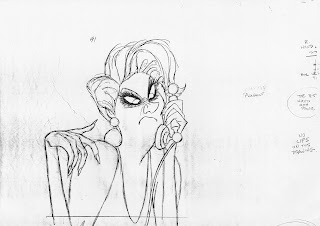 Then she turns her head, and her lips form a strong  yOU. You can feel that loose skin forming the mouth shape. The  face points downward, shoulders go up. 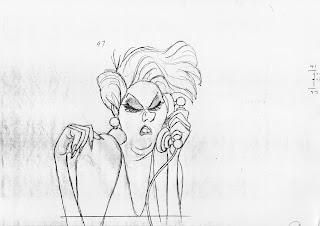 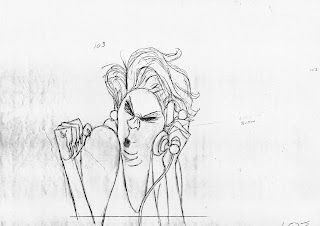 Her expression intensifies as she turns screen right, and the lips form a B. 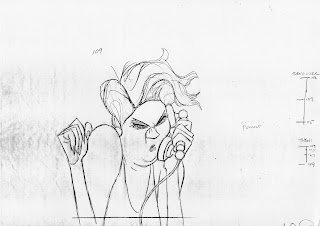 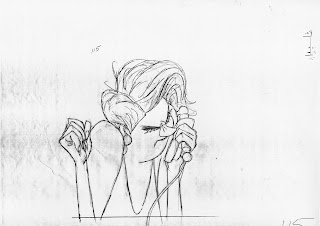 As her upper head starts to lead the move upwards, shoulders and right hand start to drop down on #119.
Here's what's interesting: Milt does NOT use the open mouth shape for bUngler to move her head to the highest point, this would have been a typical stretch to help the head mass move fast and smoothly. 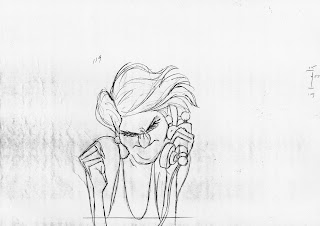 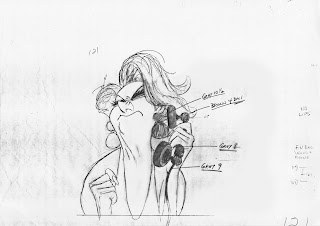 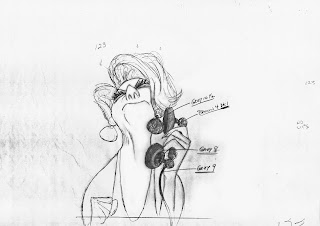 He keeps her lips closed through #123, THEN follows a broad open mouth shape.
By showing this strong shape change after the arrival of the head in its high position, when the overall motion is relatively calm, it makes the dialogue read that much better. 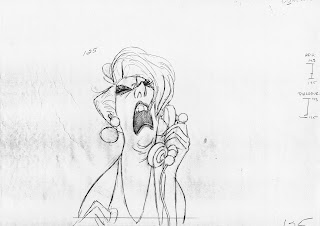 The end position shows Medusa starring at the phone (she is really starring at Snoops). Her mouth is slightly open to form the R for bungleR. Shoulders and hand have moved up from their lowest position, which supported a stretch in her upper body. 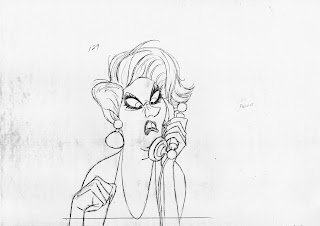 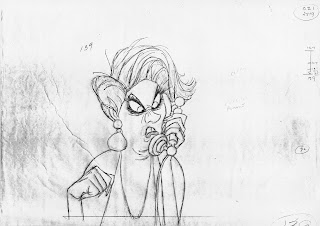 And of course every drawing is a masterpiece.