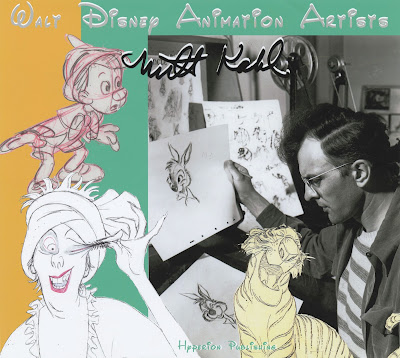 I have talked before about my proposed idea for a series of books, each volume would celebrate the art of a particular Disney animator (not only the Nine Old Men). I had meetings about the book series when I was still at Disney. At that time the studio was working on the Disney Archives series, and I was told that these individual animator books would be too similar.
You might agree when I say that the time has come to re-visit that idea. The other day I had lunch at the Disney commissary with a small group of people, one of them was no other than Fred Moore's granddaughter. I had met her before way back in 2002 over at Ollie Johnston's house.
Anyway, it was great to find out that another member of the lunch group is working on a book on Fred Moore!!
So I here declare that after I finish my film Mushka, one of my main projects will be to publish a coffee table sized book on the art of Milt Kahl. I still have a lot of artwork by Milt that didn't make it into my Nine Old Men book. That art needs to be out there to inspire!
To give you an example: This gorgeous partial scene of King Hubert from Sleeping Beauty.

In the previous scene we see King Stefan looking out the window, sighing: "No sign of her yet, Hubert."
Scene 5 from seq. 13 follows. The Disney draft says: King Hubert at table, gorging greedily on food, talks to o.s. King Stefan. "'Course not, ha! Good half hour 'till sunset, ha. Ah. excellent bird! Ah, come on man, buck up! Battle's over...(girl's good as here!)" 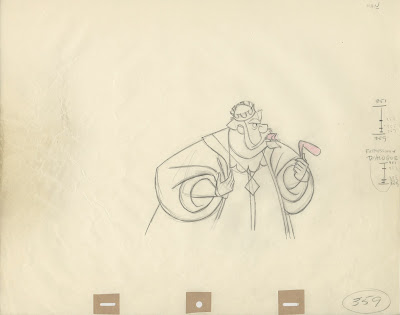 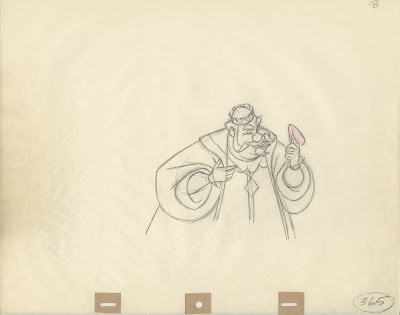 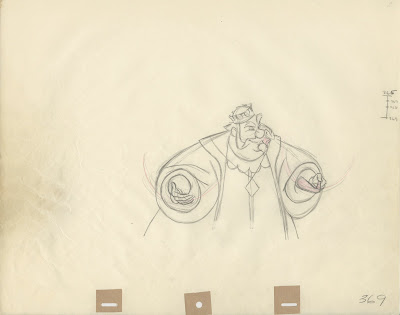 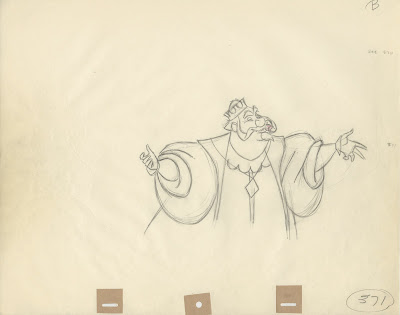 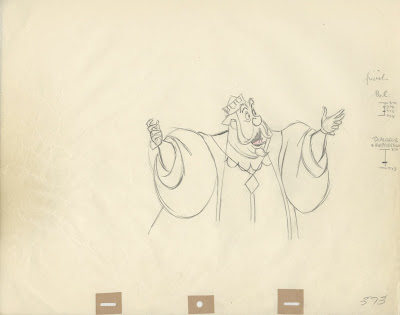 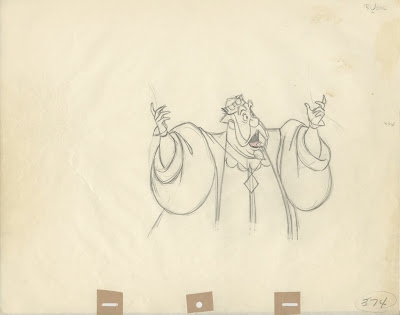 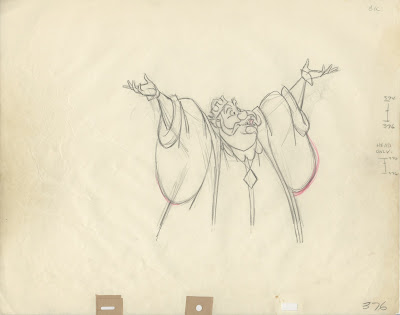 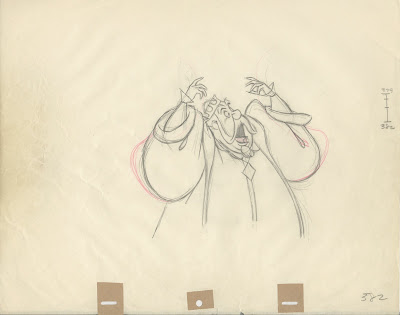 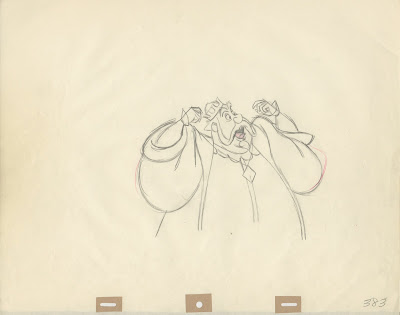 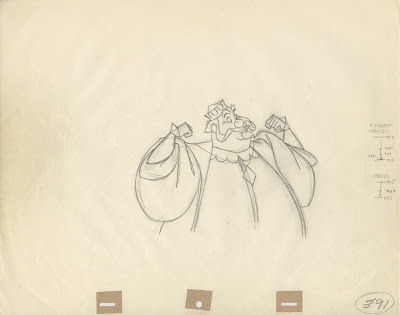 Look at how Milt added overlapping action (in red pencil) on Hubert's sleeves in some of the last rough drawings. (Yes, this is rough animation, before clean up!)
All keys from this scene might end up in the Milt Kahl book.