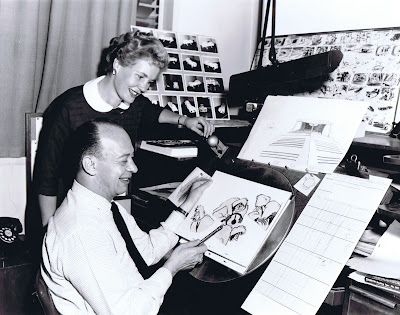 It's kind of fitting to have a post with Cruella de Vil on Halloween.
She is one of the best villains in film history, and she is Marc Davis's final animation assignment at Disney. I asked Marc way back: "How could you leave animation after having done such a strong statement with Cruella?"
He just said:"It was time to move on, and Disneyland gave me many new challenges."
I still wonder though how Marc might have influenced films like "Sword in the Stone" or "Jungle Book" if he had stayed in the animation department.
I put together some great pre production art, that shows the development of Cruella. Milt Kahl once told me that he thought Marc would do fantastic drawings right from the start, when designing a new character. He himself would have to struggle and draw a lot of bad stuff before finding what he wanted.
These early drawings still show an influence by the "101 Dalmatians" book illustrations. Those were done by Janet and Anne Grahame Johnstone. 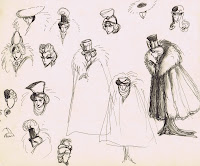 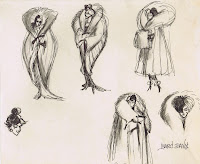 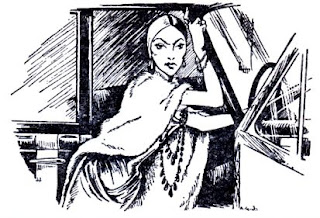 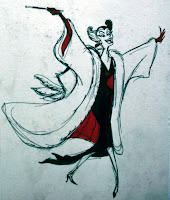 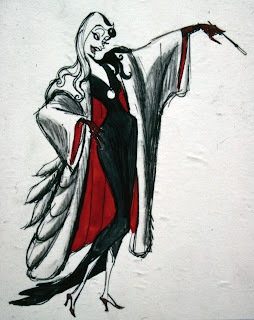 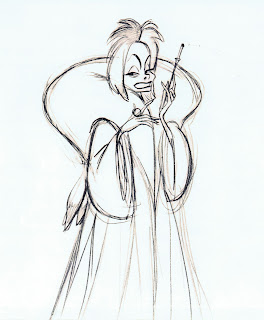 This is a key drawing from an experimental scene. 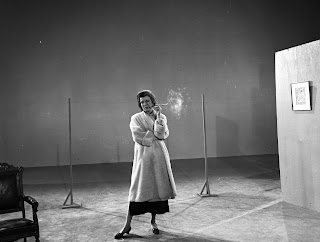 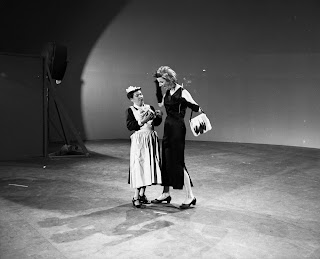 Character actress Mary Wicks provided live action reference for Cruella.
These are keys from a production scene, where Cruella throws a bottle with booze into a fireplace in an effort to scare Jasper and Horace. As it turns out she scares herself quite a bit, too.
Look at how graphic and gutsy Marc draws her in this scene. Some of those faces are completely crazy, insane and wonderful!
He once told me: "Maybe I went a bit too far with Cruella's caricature, she kind of stands out from the rest of the cast." I immediately responded: "No way, perhaps
the other animators should have shown more "Avant Garde" in their design." 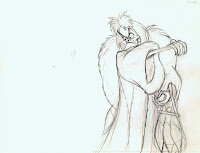 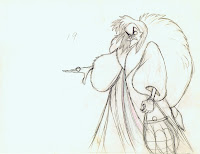 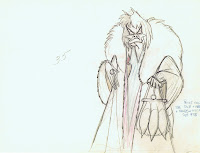 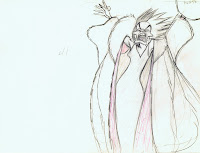 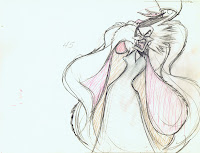 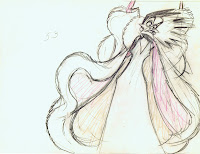 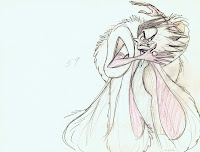 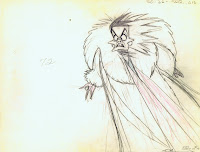 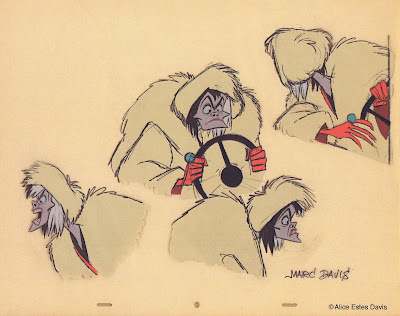 The color model cel Marc is holding in the photo.
Cruella de Vil is a creation for the ages. Color stylist Walt Peregoy said: "There
will never be a character like Cruella!"
I say, let's admire and look at her as a challenge to match. All we need is top story material like Bill Peet's, a way out character design with animation that is rooted in realistic observation.
Oh yes, and -to quote Milt- the determination to have super high standards.