Ollie Johnston did a lot of work on "The Rescuers".
The mice Bernard and Bianca were developed by him and Frank Thomas.
Most key personality scenes of characters like Orville, the albatross, as well as Rufus the cat and Penny were animated by Ollie.
Part of the reason for this big amount of footage was that he didn't over analyze.
Ollie had a gut idea about who his characters were and how they felt in each scene. And he really did kind of fall in love with them after some initial research.
These are development sketches that were done before animation began.
Ollie captured the loneliness of a young orphan very well, by exploring specific
sentimental attitudes and poses.
As far as Rufus is concerned, John Canemaker is right, that character ended up being a self portrait.
I love these realistic studies of a cat, the way form and shape of ears are thoroughly analyzed. The sketch of the cat scratching it's head is amazing.
During the few years before Ollie's passing  2008 I tried to visit him at his home in Flintridge as often as I could. Even though it had gotten difficult for him to talk, he did welcome company and was grateful to people stopping by and spending time with him. Occasionally I took friends or students with me on these visits to liven up the conversation and to offer a little stimulation.
Ollie repeatedly mentioned how lucky he felt to have had that kind of a career at Disney, and  to have lived that kind of life.  He said he was at the right place at the right time. 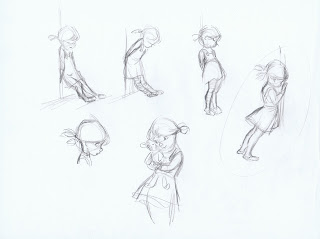 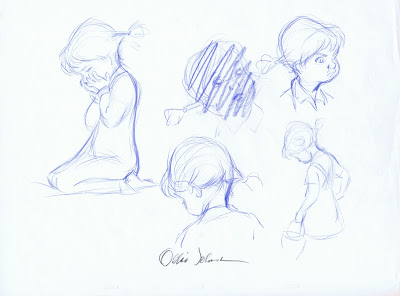 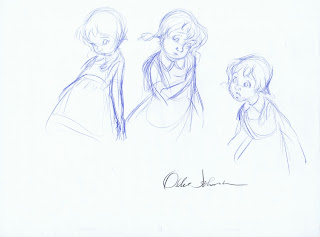 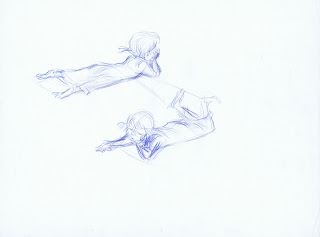 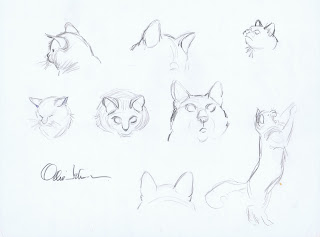 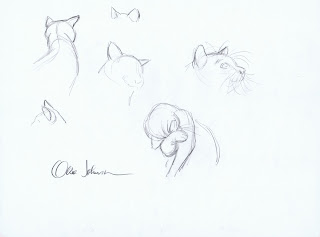 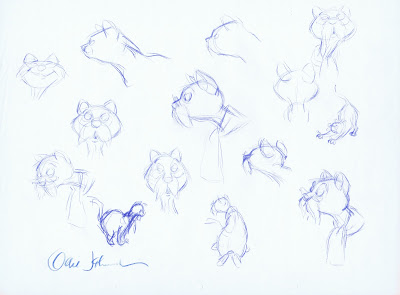 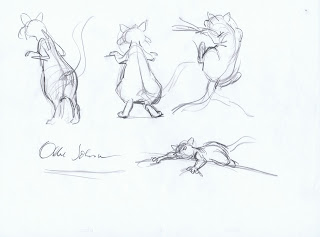 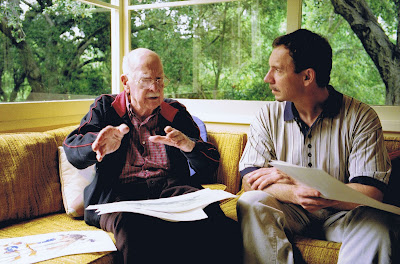 Photo by Mark Kirkland
Posted by Andreas Deja at 8:52 PM