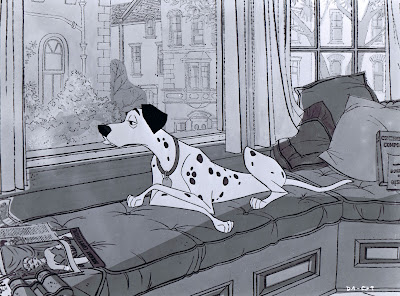 One of my favorite scenes with Pongo shows the final design.
Posted by Andreas Deja at 8:58 PM