That was the name of my second exhibition of wire sculptures at Disney.
Originally I had no plans for a show like this one, my mind was on animating King Triton in early 1989.
Then one evening a news report on TV got my attention. It was announced that a day ago the last five remaining Black Rhinos in Kenya had been killed and poached for their horns.
I couldn't believe it. First I got angry, then an idea came to mind. I looked around my little home studio, I saw three or four new wire sculptures I had just finished…..so, what if I produced a whole bunch more and sell them as a charity to benefit the World Wildlife Fund. I found out that they were involved in efforts to help save the Black Rhino.

So on the evening of March 6, 1989 I invited guests to a proper reception in one of the conference rooms of Disney Animation in Glendale.
Here is the link to an earlier post about some of the sculptures that were offered for sale :

There were a total of about twenty pieces, and later I was thrilled when I found out that all of them were sold. I recall the total for the WWF was $17.500.

The guest list included many Disney old-timers, and it was an honor to welcome them to this event. Many hadn't seen each other in years. 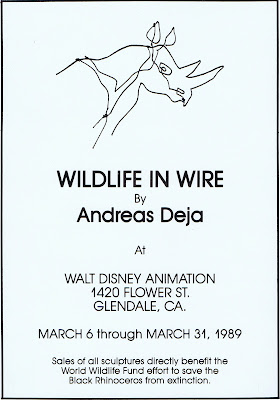 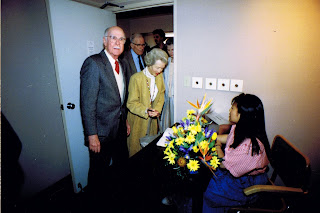 Look who arrived first, Ollie and Marie Johnston, followed by Frank and Jeanette Thomas. Receptionist/clean up artist Lauri Benson-Noda signs them in. 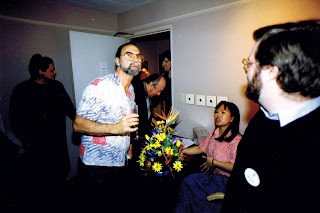 Here are Alice and Marc Davis. Effects master Dorse Lanpher is holding a glass, and that's animator Jacques Muller on the right. 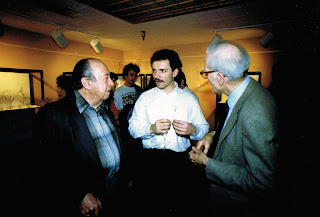 In conversation with Marc and Frank…somebody pinch me. I remember Frank asking me:" So how do you get started on one of those?"
Simon Wells is way in the back. 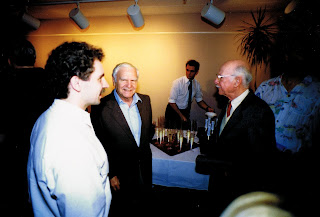 With Mel Shaw and Ollie, James Baxter is serving champagne in the background.
(Thanks, James, all these years later.) 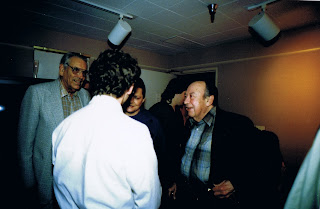 On the left is Background artist/Imagineer Claude Coats, then Alice and Marc. 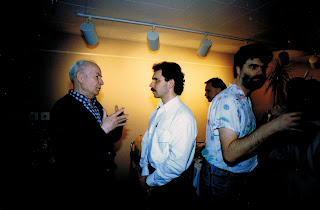 I am trying to contain my excitement while talking to Bill Peet.
That's comic strip artist Daan Jippes on the right. 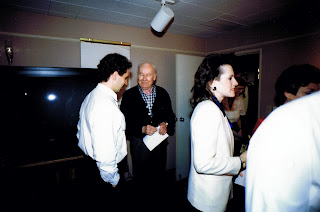 Still listening to words of wisdom from Bill Peet. In the foreground is my long time clean up assistant Kathy Bailey. 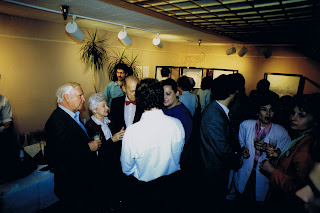 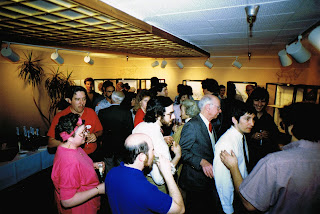 In the front from the left: Tom Sito, Susan and Eric Goldberg, Charles Solomon, Ollie, Dave Spafford and from the back Roger Chiasson. 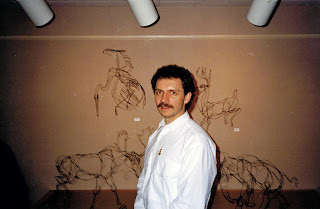 Should have gotten a haircut.