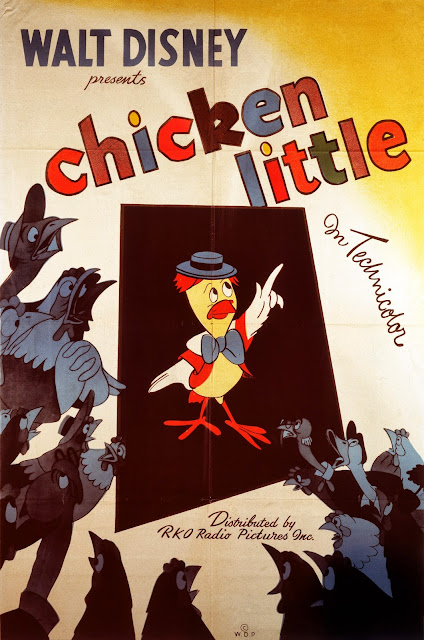 This beautifully produced Disney short film takes some liberties from the original popular story in order to drive home its anti Nazi message. IMDb has this to say about the film:

"Produced as a propaganda short during WWII, warning audiences not to believe anti-American propaganda. Originally the film was to have had more direct references to the war: Foxy Loxy would have read from "Mein Kampf"; and the chicken's graves would have been marked by swastikas. But Walt Disney decided to keep the film generic so that it would not become dated after the war".

The film's concept is brilliant, and the animation is top notch.
I don't know who drew the model sheets, but the animators used those exact designs, no adjustments were made.

Milt Kahl focused on the main character, who is playful, not very smart and likely to believe anything he is told.
Here is the rough model sheet for Chicken Little followed by Milt's design explorations. 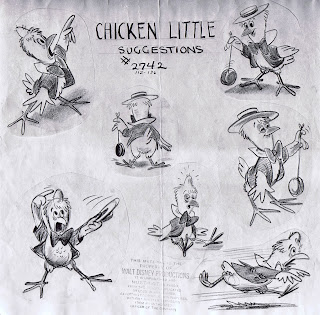 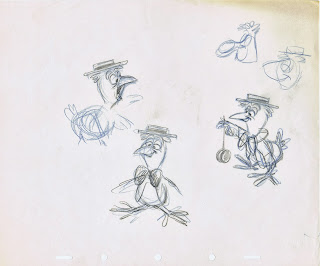 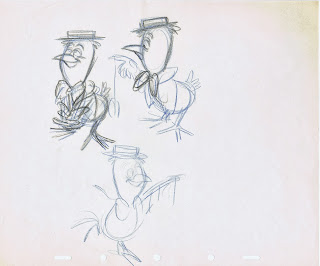 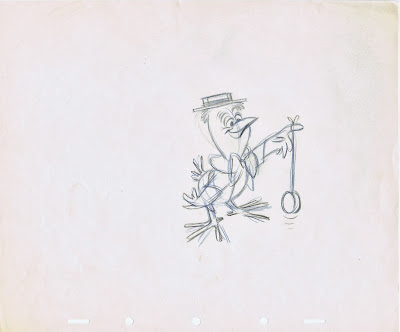 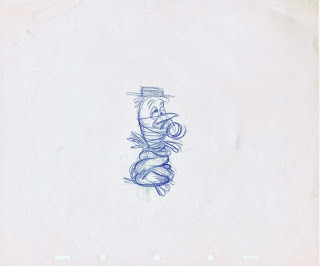 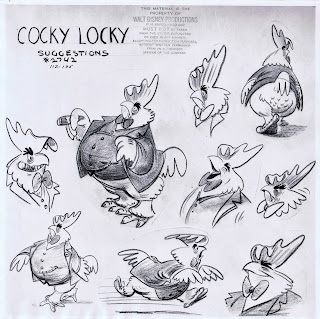 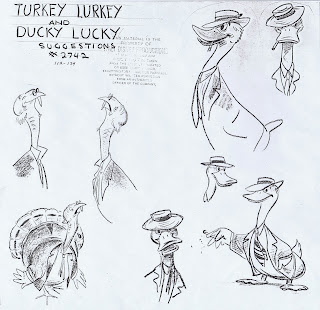 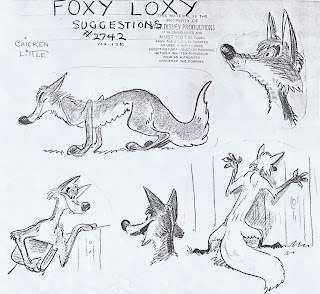 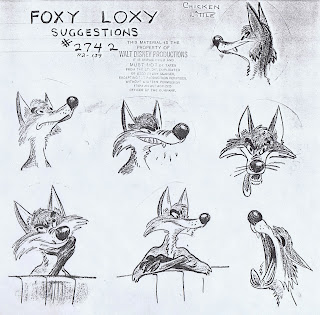 A very brief version of the storyboard. 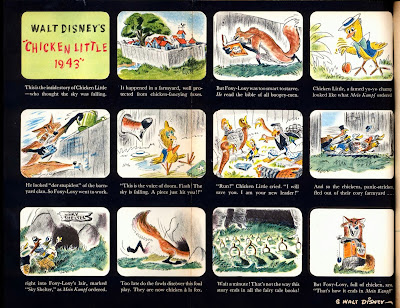