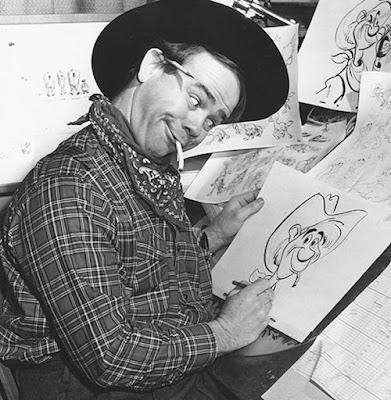 Ward Kimball and Milt Kahl both animated personalty scenes of Pecos Bill from the 1948 Disney movie Melody Times. This was outstanding casting, Ward brought zaniness to the character, while Milt added believable (yet often hilarious) character animation.
I do remember Ward talking in lectures and interviews about one specific scene. When Slue Foot Sue embraces Pecos before planting a big kiss, his pistols go off by themselves to show...excitement.
Ward took credit for animating the scene, and was almost giddy about the fact that Walt Disney never caught on to the real meaning of the scene...Pecos is getting his rocks off (Ward's own words).

Well, Ward didn't animate that scene, it was one of Milt's. I don't have to check with the animation  draft (even though I did) to realize that drawing and staging is pure Milt Kahl.

I don't know if Ward had anything to do with the idea for the scene, but this episode makes for good story telling. 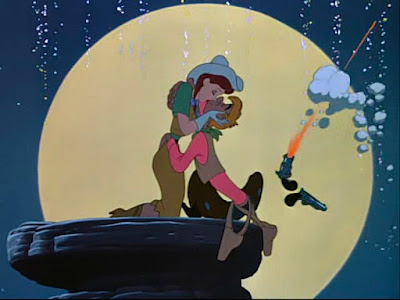 A clean up model sheet made up of Milt's key drawings, including the scene in question. 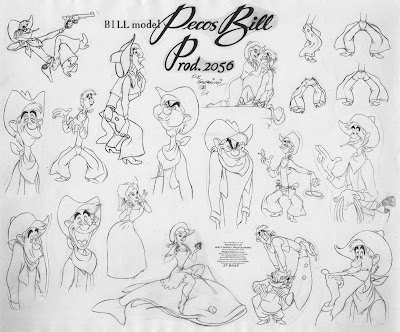