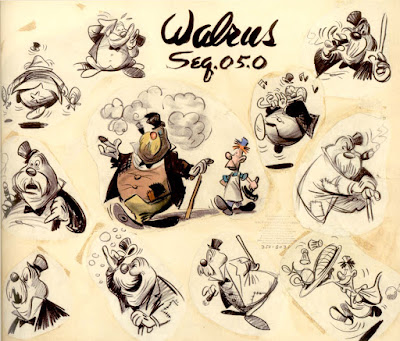 I believe the character sketches on this pre-animation model sheet of the Walrus from Alice in Wonderland are by Joe Rinaldi. They are terrific and scream out to be animated.
However there is one thing that's been puzzling me: How come that the animal specific tusks were left out in the design?
It's almost like drawing an elephant without a trunk, or a cow without an utter. By omitting the tusks the character ends up looking a bit more generic, this could be a Disney version of a bear or a dog.
When you look at the guy below, you can see what I am talking about. 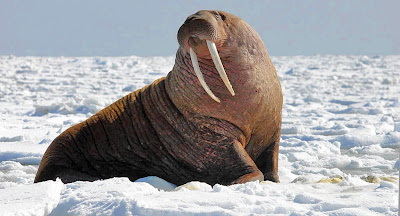 John Tenniel's original illustrations for the Alice books show an anthropomorphic walrus whose design is definitely based on a real one. 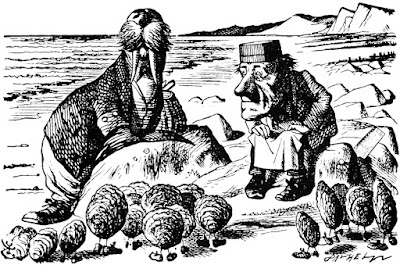 A couple of production cels, showing Disney's high standards when it comes to character colors. 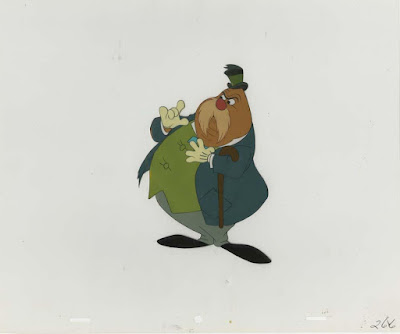 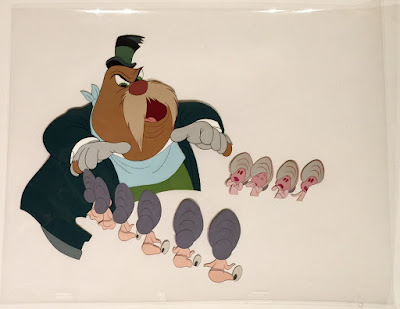 Ward Kimball animated most if not all of the Walrus' scenes. Here he runs away from the Carpenter, who just found out that his buddy ate all the oysters. "The time has come..."
This is your typical cartoon take off. The character is running in place in anticipation of the  actual get away. Yet Kimball manages to add a lot of personality to this boisterous movement. 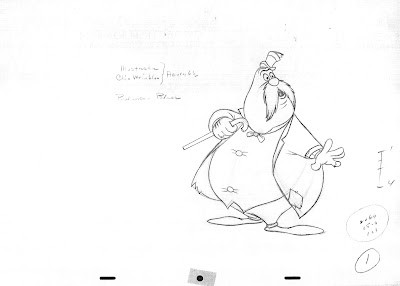 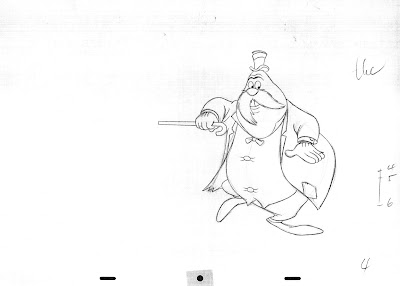 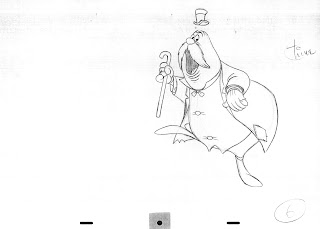 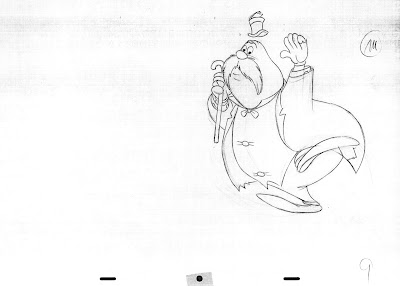 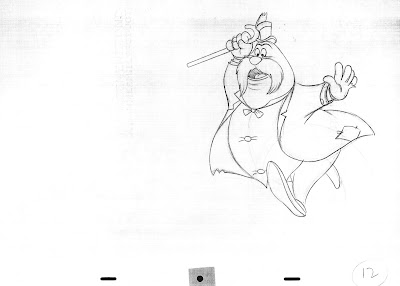 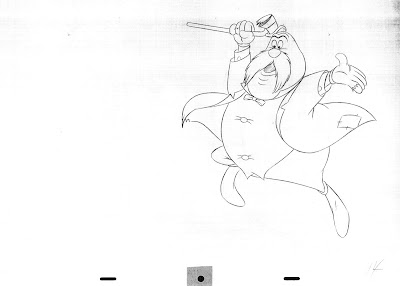 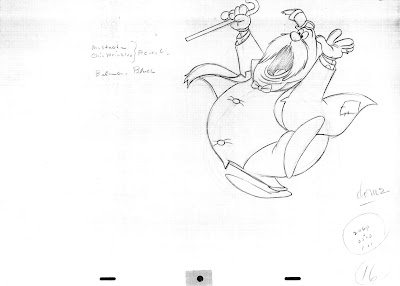 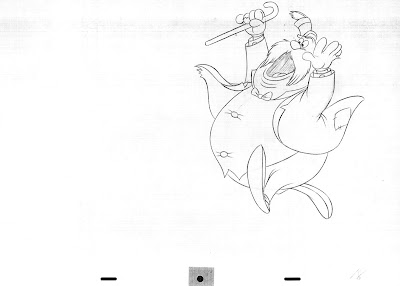 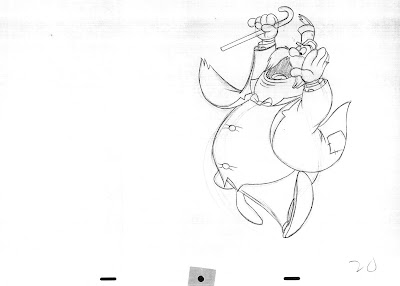 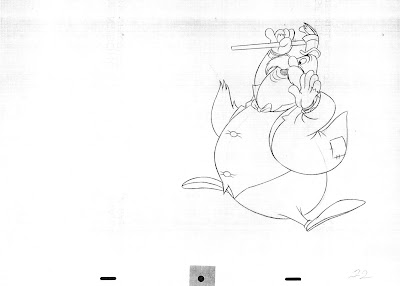 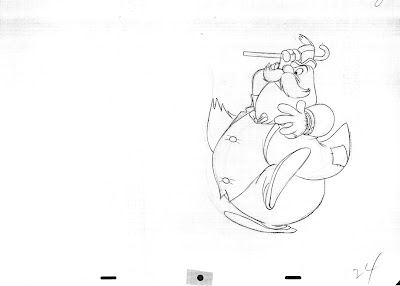 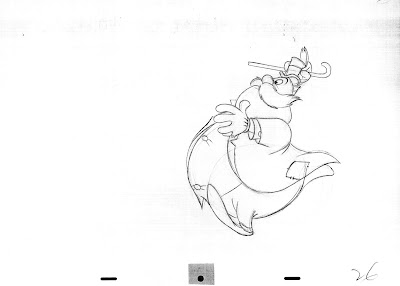 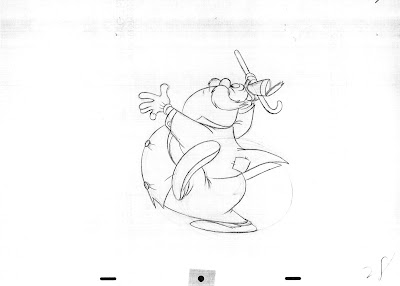 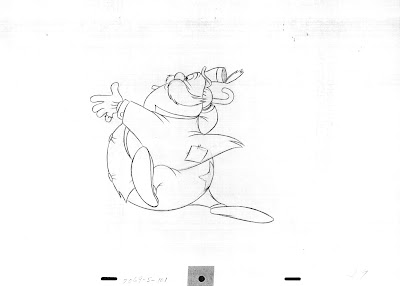 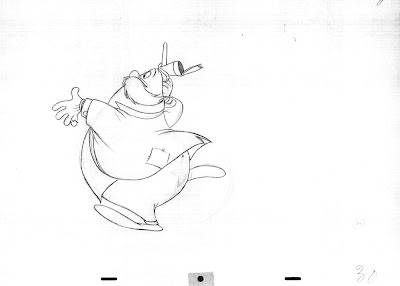