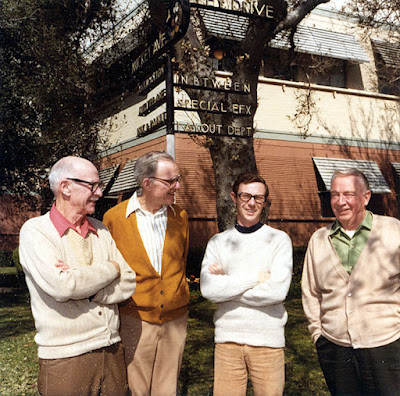 Bruno Bozzetto is an Italian genius! This photo shows him outside the Disney Animation building with Ollie Johnston, Frank Thomas and Eric Larson sometime during the late 1970s.
Bruno has won acclaim and many awards over the years for his exquisite feature films as well as short subjects. Signor Rossi (below) is a character I enjoyed watching on German TV as a teenager.
He is your everyday Italian man, who copes with life's challenges.
Wonderful design!! 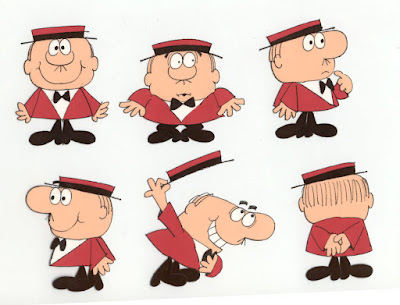 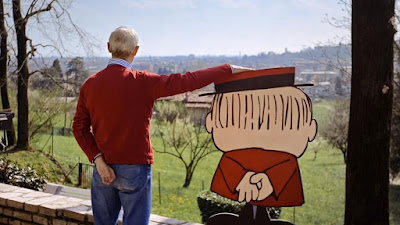 Bozzetto produced and directed several animated feature films such as The SuperVips (My Brother the Superman) from 1968. Limited animation used brilliantly. 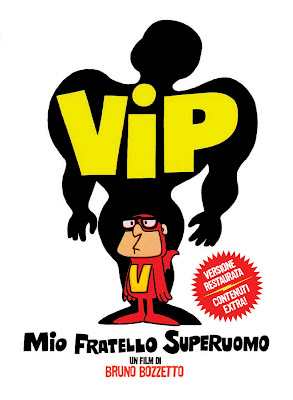 Probably his most famous animated feature is Allegro Non Troppo from 1976. This film is a tribute/satire on Disney's Fantasia, and it is "fully animated", 12 to 24 drawings per second. After I saw the film as an art student I was mesmerized by its craftsmanship, its intelligent storytelling and its beauty. I wrote Bruno a fan letter with an added sketch, and he responded by sending me a letter with an added sketch!!
Ward Kimball loved this film. He told animation students to study the Ravel/Bolero sequence. To him it included some of the best animation ever done. 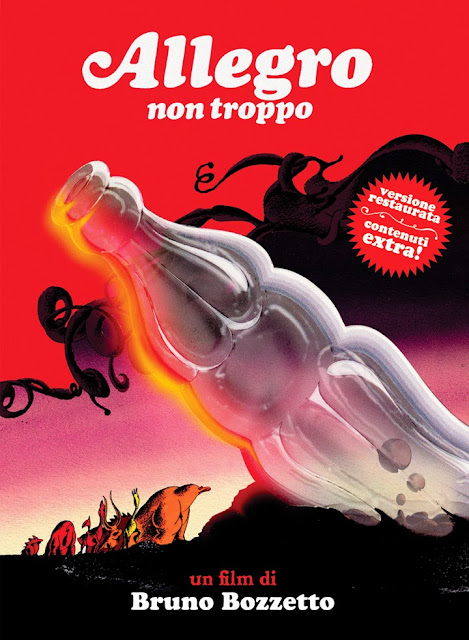 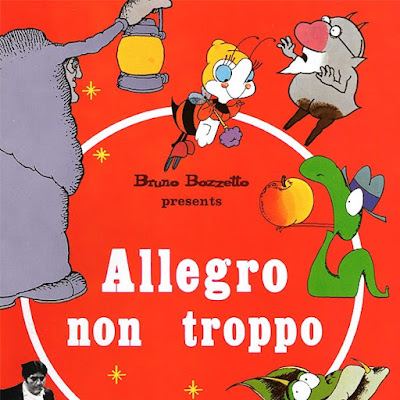 A frame from the film's the Sibelius/Valse Triste sequence. So brilliant! 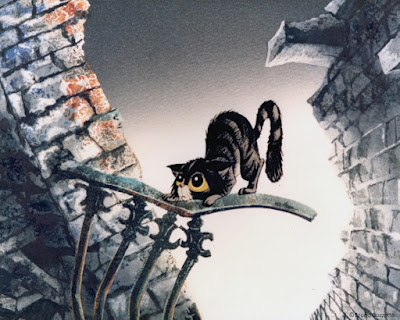 The Bolero illustrates the beginning of life on Earth...the Bozzetto way. 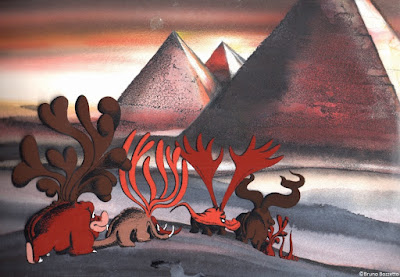 For the love of God, if you like hand-drawn animation, get a DVD copy of Allegro Non Troppo:

Try Ebay as well. The film is a masterpiece! 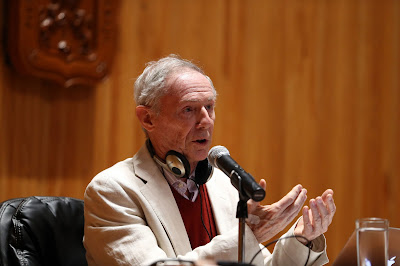 I had the chance to meet Bozzetto on a couple of occasions. He is one of the nicest men still working within this art form, and my conversations with him continue to stimulate me.