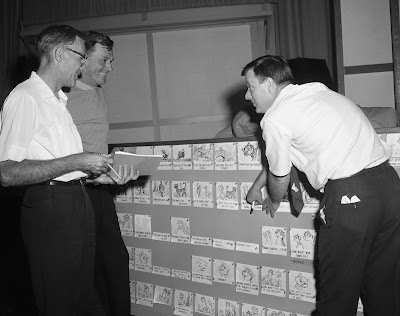 A few images from behind the scenes of Disney's 1970 animated film The Aristocats.
Here story artist Vance Gerry is presenting his storyboard of the "boy meets girl" sequence to director Woolie Reitherman and animator Frank Thomas. Frank animated the beginning of this section, Ollie Johnston did the second half, and Milt Kahl drew a few scenes in the middle.
You can see the sequence in pencil test form here:


A sketch of Madame Bonfamille and her cats from a deleted song sequence. I believe Vance Gerry drew this one. 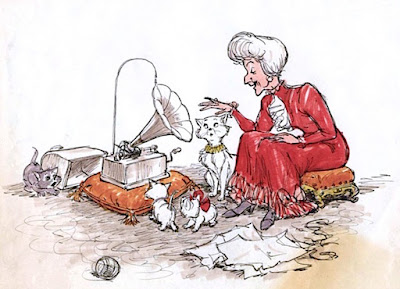 A vis dev piece by Ken Anderson. He created an enormous amount of character as well as environment visuals for the film. 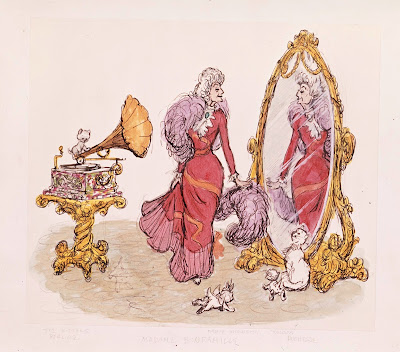 Milt Kahl ended up animating Mme Bonfamille. In this scene she discovers that her cats have disappeared. It's a nice scene, beautifully drawn, but...lightening is going to strike me...her hands are a bit too large. A couple of press photos showing the characters of Napoleon and Lafayette, along with their voice actors Pat Buttram and George Lindsey.
Frank Thomas and Eric Cleworth animated these guys. I love the feeling of loose skin on these dogs. 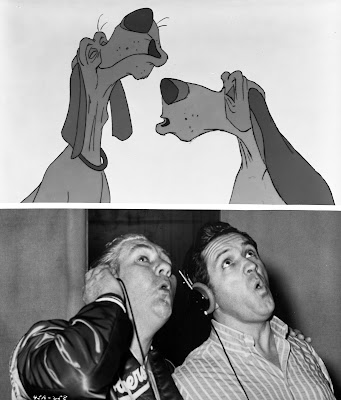 The Bonfamille household used to have a butler and a maid, but she didn't make the cut.
Drawings by Ken Anderson. 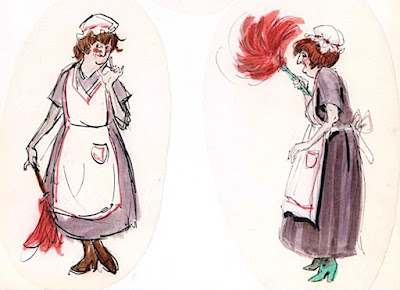 Another story sketch by Vance Gerry, followed by the final film frame. Ollie Johnston animated this sequence, and as soon as I locate his staging/thumbnail sketches in my inventory I will post them. 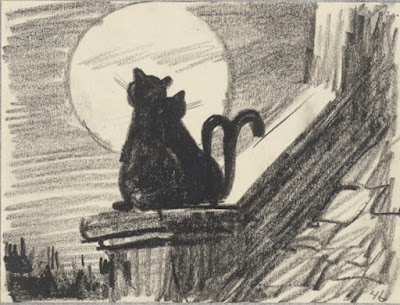 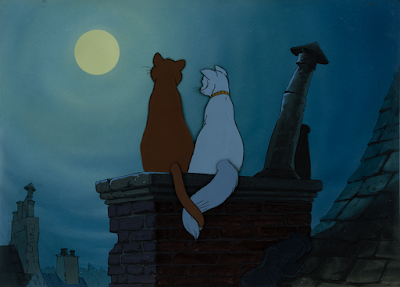