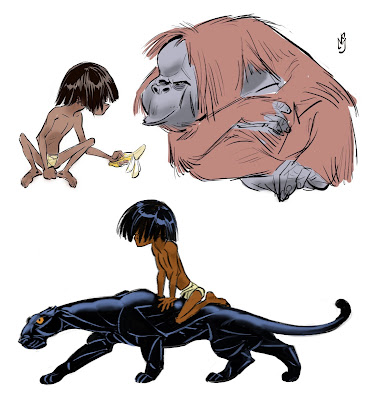 Patrick Mate is an extraordinary artist, who works in the animation industry. He has worked for a variety of studios and is mostly known for his outstanding skills as a storyboard artist and character designer. The image above is his recent tribute to The Jungle Book.
Patrick is also a master caricaturist. He painted these portraits of British character actress extraordinaire Margaret Rutherford, who played Miss Marple in four MGM movies during the early 1960s. I absolutely adore those films, my favorite being "Murder at the Gallop" from 1963. Amazon Prime offers pristine HD versions of all four movies. 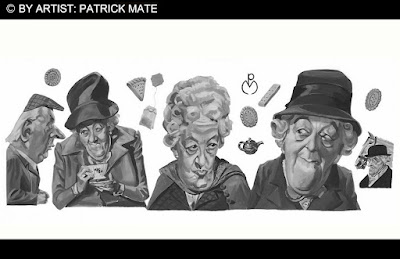 What a great caricature of the one and only Greta Thunberg, as she tries to get her important message across with the help of a friend. 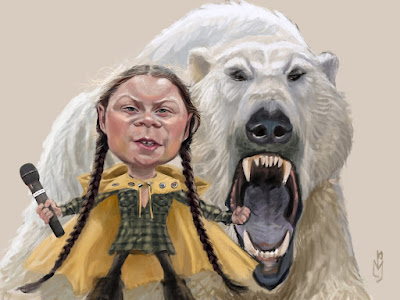 For much more on Patrick's outstanding work, go to his blog: