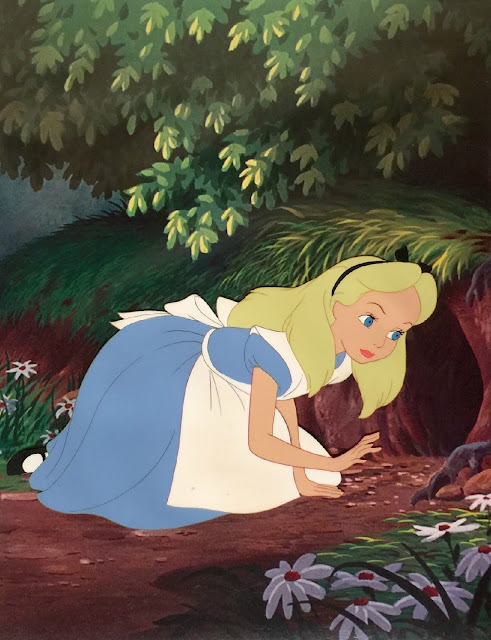 Sometimes I think there isn't enough love for Alice in Wonderland. People question the film's narrative, and I get that, but I do like the fact that this movie is different. One zany sequence follows another, and the in the end you feel like you've been on this nutty but fun ride.
Alice is the only realistic character in the film (aside from her sister), a concept Marc Davis agreed with. "You can have all the crazy stuff in the world, but if the heroine isn't handled in a believable way, the whole film falls apart."

A couple of beautiful animation drawings by Ollie Johnston, who always makes it look so easy. 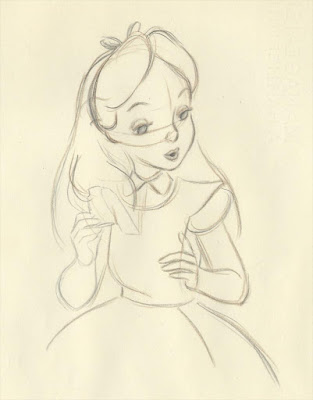 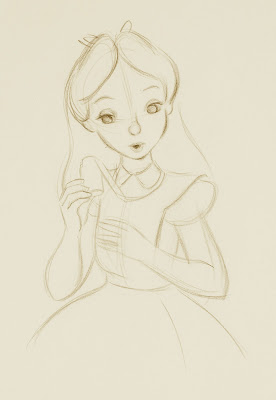 Eric Larson animated the opening scenes with Alice and her cat Dinah, such as this one. 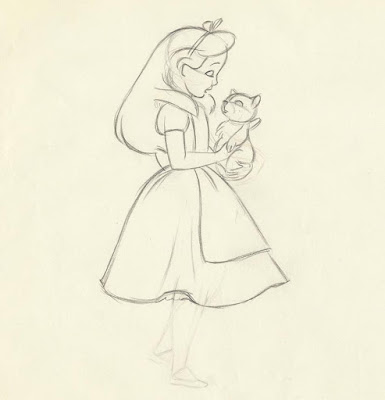 These few cels showcase the extraordinary craftsmanship of the ink & paint department.
Amazing colors choices for the characters. 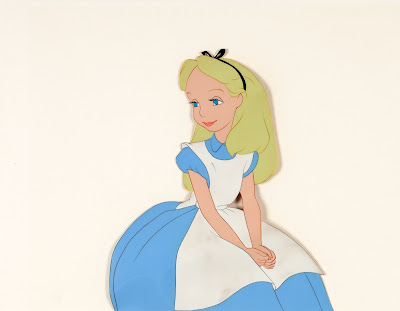 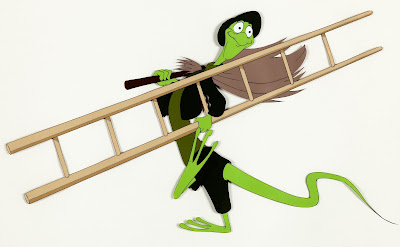 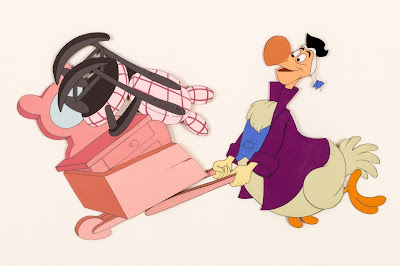 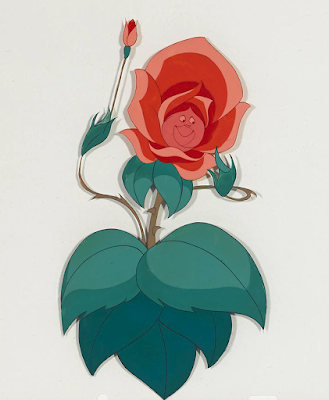 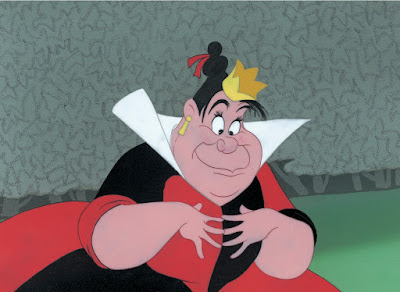 One of the old background painters once noted that a background by itself without any characters should look like a deserted stage set. The image will look complete once combined with the character cels. The BG below proves that point very clearly. Terrific painting! 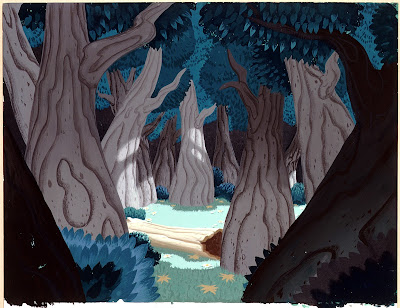