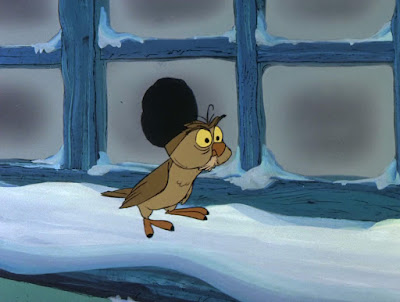 This scene with the owl Archimedes from The Sword in the Stone exemplifies Milt Kahl's modern approach to animation. Starting with Sleeping Beauty his drawings show a 2-dimensional graphic quality that becomes 3-dimensional when viewed in motion. It's a juxtaposition. It says:
I am a flat drawing, but I can fool you into believing that I am a real animal with flesh, blood and feathers.
This concept actually started in Disney's brilliant 1953 short Toot, Whistle, Plunk and Boom. The animation of Professor Owl is full, not limited like UPA films from that time. Yet the completely dimensional treatment of this style didn't happen until Milt stepped in a few years later. Marc Davis was right behind in understanding this modernism applied to Disney animation. Other animators struggled, but succeeded nevertheless by working extra hard or by having Milt go over their key drawings. This often led to frustration though, because Milt would alter their work to a point where his improved drawing deviated from what they were trying to express with the character.
The main problem was that animators focused so hard to match this new sophisticated drawing style while sometimes neglecting basic animation principles such as squash and stretch.

In this scene Milt demonstrates that you can be graphic without loosing fluidity that comes with squash and stretch.

This is scene 34 from sequence 12, Archimedes brings the sword to Wart's attention:
"Well look, boy, look! There in the (churchyard)!" 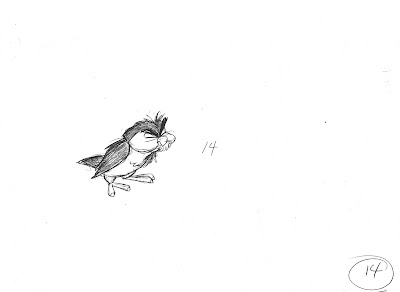 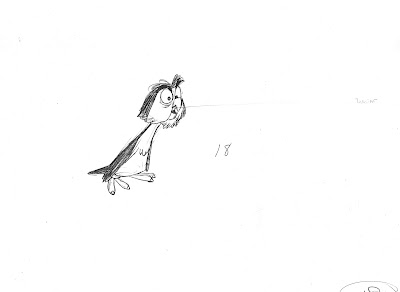 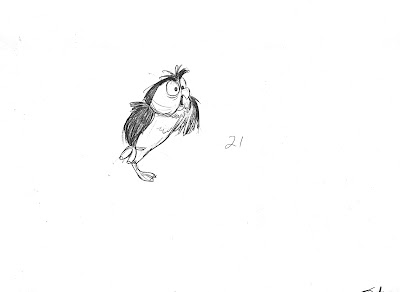 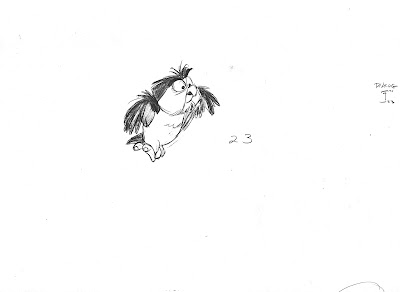 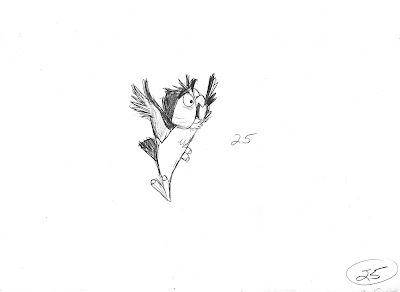 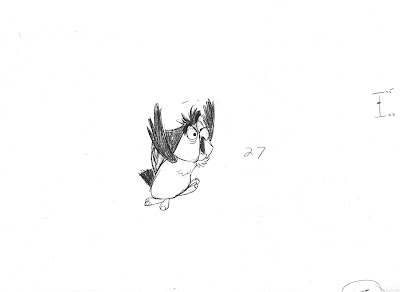 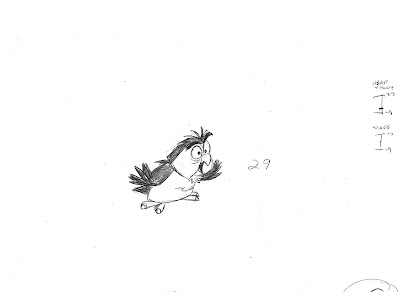 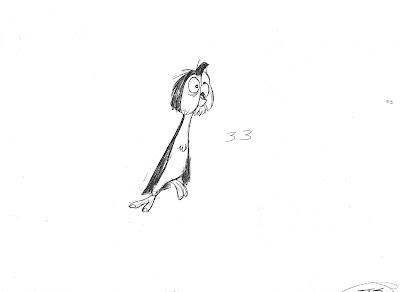 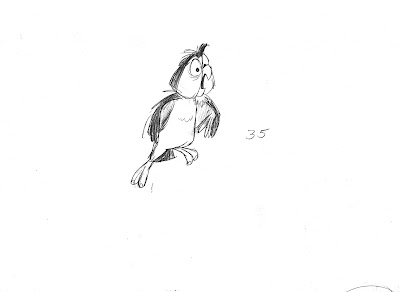 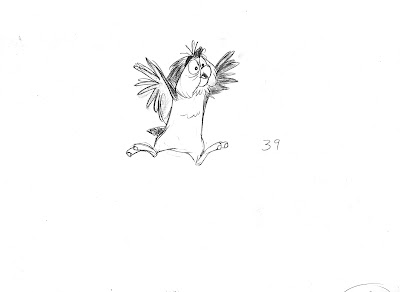 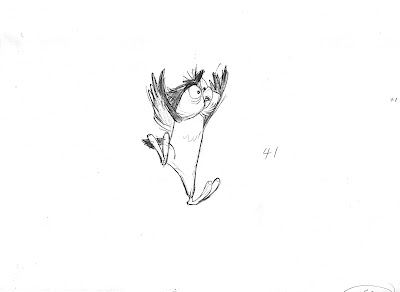 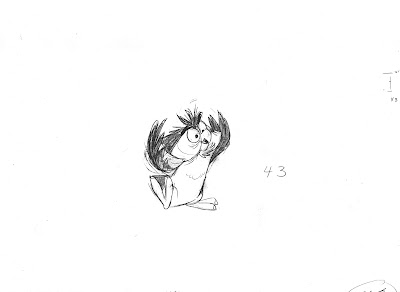 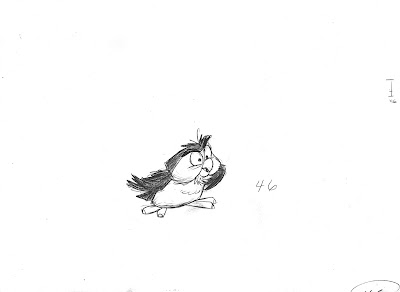 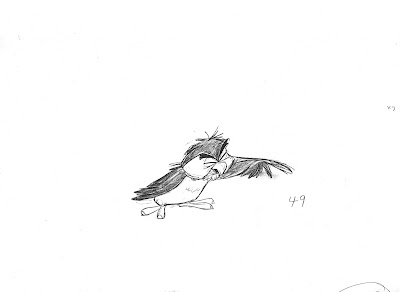 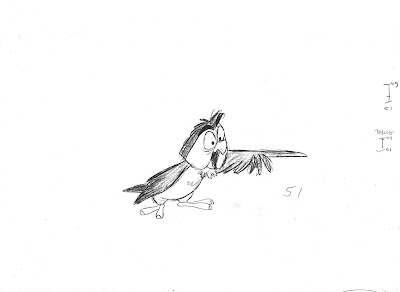 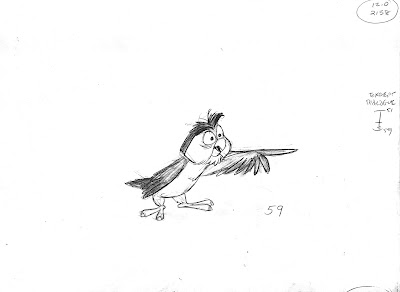