These rough animation drawings show the early design of Pongo with a larger muzzle.

Ollie Johnston animated this section from the opening sequence of 101 Dalmatians. After spotting Anita and Perdita from a window sill, Pongo is in a hurry to leave the house. In this close up scene he realizes that it's not time yet for his daily walk with his pet Roger Radcliffe. What to do?

This is one of the first scenes Ollie animated on this film. Milt Kahl had designed the character with a rather large muzzle, and Ollie followed Milt's early sketches of Pongo. The scene would later be redrawn with the final approved character design. 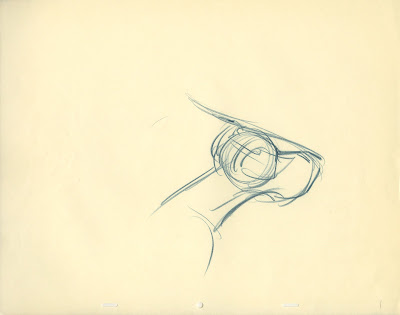 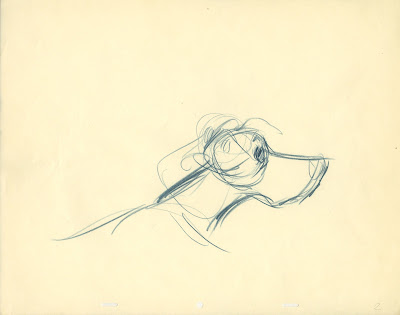 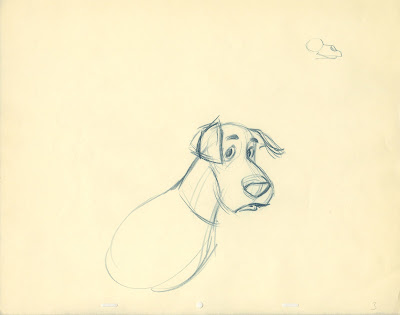 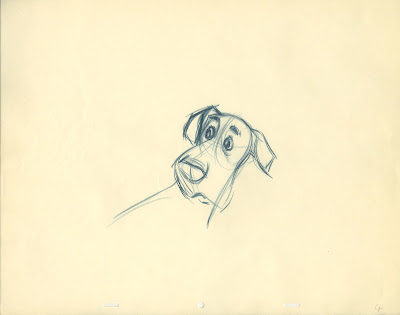 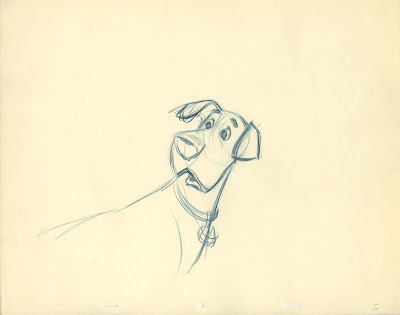 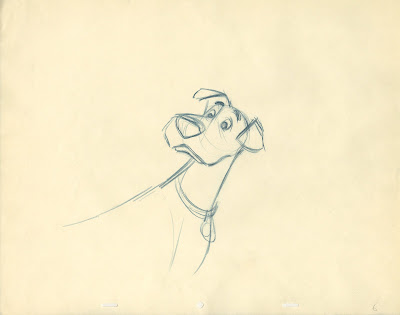 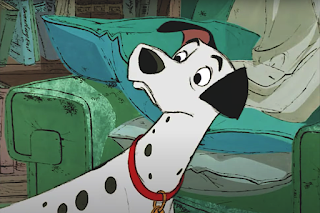